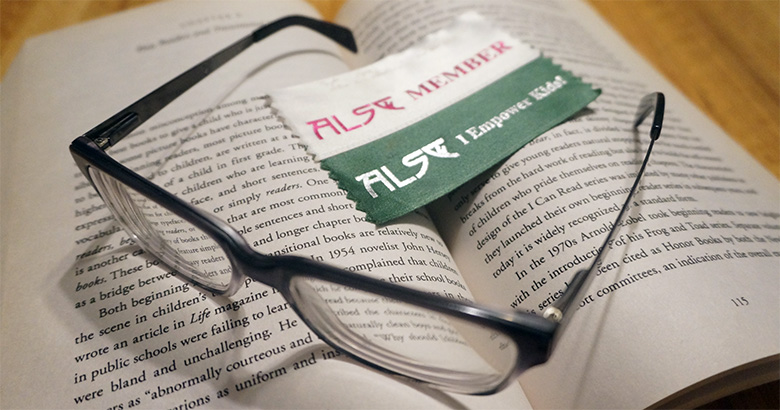 Early one morning during ALA Annual 2015, some of the ALSC leadership including Andrew Medlar, Starr Latronica, and Aimee Strittmatter, were pondering the question of how they could grow membership in ALSC. They wondered, “If we offered gift memberships to students, would there be significant interest? What are the motivations for new graduates to join their professional organization?” As they discussed the idea, more questions emerged. Soon after, the ALSC Student Gift Membership Task Force was formed and began a year of work that ended with 100 new ALSC members, all students or recent graduates.

The task force met virtually on Google Hangouts, and our early conversations delved into the questions in our function statement.

Later on, there were still more factors to consider like budget, publicity, and how this new program would impact the ALSC staff. Luckily our six task force members could draw on the knowledge of our Priority Group Consultant, Julie Dietzel-Glair, ALSC Board liaisons Diane Foote and Karen MacPherson, and ALSC Membership and Marketing Manager Dan Bostrom.

What do student and early career librarians want from a professional association? According to a 2015 Membership Committee survey of students focusing on youth services, they are most interested in low cost professional development, job search support, and mentoring. A 2010 survey asked ALSC members how they most benefited from their ALSC membership, the two most common answers were “professional resources”, at 75%, and “professional development”, at 71%. The New Members Round Table student chapter outreach team advised us that scholarships, travel stipends, continuing education, and networking opportunities are valuable to students. They also emphasized that the cost of membership is a barrier to many students.

After much research and discussion, the task force decided that a two-year membership would give students enough time to volunteer and complete a term on a committee. Because other gift membership programs with strict criteria and a competitive application process did not get a large number of applicants, we would award the gift ALA/ALSC memberships to the first 100 students and recent graduates to apply. They would not be required to serve on a committee or contribute other work to the association, which would be difficult to enforce, but they would be encouraged to participate and take advantage of all the benefits of membership.

Our biggest concern was how to ensure that recipients have such a rewarding two years in ALSC that they renew when their gift memberships expire. We hoped to assign a mentor to each of them, but the ALSC Mentoring Program does not have the capacity to take on 100 new mentees. (Experienced librarians, ALSC needs mentors! Apply here.) We wanted to offer financial support for conference attendance, but the expense of travel stipends would prevent us from awarding a significant number of memberships. Our compromise was to offer “light mentorship” by assigning each task force member 15-20 recipients to reach out to with encouragement and news of ALSC opportunities, like scholarships for conference attendance. Many other ideas for the program were discussed, but we thought it best to keep the program simple.

We prepared a final report for the ALSC Board to review at Annual 2016. It included a promotional plan and an assessment plan. In a small meeting room in Orlando, the board voted to implement the ALSC Gift Membership Program as a pilot. Funding from Friends of ALSC would make it possible. The task force would continue for three more years to implement and assess the pilot. We got to work preparing our promotional plan and ironing out logistics.

By December 1, launch day, the task force members were ready to blast the library world with emails, listserv posts, and social media posts. We were armed with a list of school contacts and had compiled a list of ALA committees and roundtables to reach out to for help in promoting the program to diverse and underserved student populations. As soon as the membership giveaway was announced on the ALSC-L listserv, applications began pouring in. Our inboxes pinged every few minutes, around the clock. By the third day, over 200 people had applied for the 100 memberships. At that point, we had to close the online form and posted on ALSC-L again to announce that we were no longer accepting applications. Our promotion plan never needed to be implemented.

The overwhelming response to the gift membership program showed us that interest in ALSC is very strong among students and recent graduates. We interviewed some of the gift membership recipients to ask them how they became interested in children’s librarianship, and how they hope ALSC will help their careers. What they had to say was inspiring.

Many students echoed these sentiments, and those already working in a library frequently emphasized that the connections and mentorship they hope to find as members of ALSC would address the isolation they feel in their new roles. We are confident that this new generation of passionate librarians will find the support and knowledge they are seeking in ALSC. Please join us in welcoming these new members in the comments!

Andrea Vaughn Johnson, former Coordinator of School Age Services at Brooklyn Public Library, is currently the full-time caregiver of a rambunctious four-year-old in Chicago, IL. She is writing this post on behalf of the ALSC Student Gift Membership Task Force.