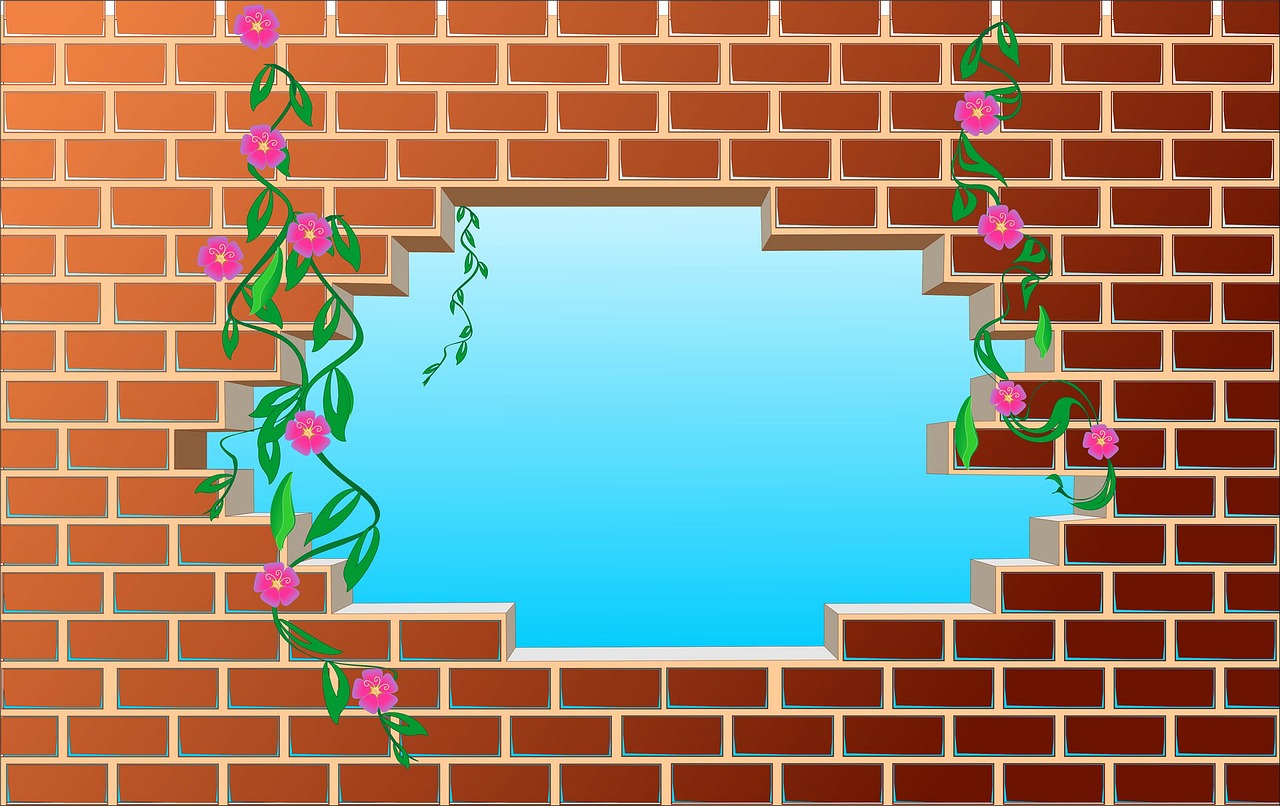 I value conferences most for their amazing conversations–the hallways are essentially a primordial Twitter, with threads going in multiple directions, between friends and strangers, for days.  A great way to spark those conversations, especially for introverts, are intriguing ribbons, and ALSC is always listening for phrases or ideas our members may want to don…for instance, by following popular hashtags.

But we realized that the #DiversityJedi ribbons we shared on Twitter last week were not the best way to have this particular conversation.  #DiversityJedi is a more complicated concept than a ribbon can communicate, as commenters swiftly pointed out:

“I get the sentiment, but If ALSC truly wants to recognize #diversityjedi work, they would not create a ribbon. They would show it through actions, in programming, publications, & policies. This work is imperative, but ribbons only appropriate and trivialize” @TeachChildLit

“This is appropriation. This is hurtful. This is erasure. We named ourselves DiversityJedi as an act of empowerment in response to a specific instance of aggression and belligerence against our work. You don’t get to put a ribbon on your badge and declare yourself a DiversityJedi.” @readingspark

ALSC apologized, and we will not be sharing these ribbons at conference.  And we do want to have the conversation.

In response to ALSC’s initial post,  Dr. Debbie Reese shared an amazing thread I recommend reading in its entirety to anyone who would like to understand this work better. She starts by pointing people to the origins of the hashtag, coined in response to being called “Stormtroopers” for providing criticism of problematic books.   Dr. Reese tweets, in part:

“That tweet, with the hashtag, was a way for us to support each other, to boost #OwnVoices, to be critical of problematic books… to do THE WORK that needs doing.

“So, that hashtag has a backstory that is about the experiences of Native and Women of Color. #DiversityJedi is more than that, though.

“People have to know that it is not about the latest Star Wars film. It is about people finding each other to push against hundreds of years of colonialism.

“Many of the people I’ve tagged as #DiversityJedi have spoken up against misrepresentation, bias, Whiteness, stereotyping… That is risky, especially for writers who speak up about problems in bks by fellow writers.

“And many of the people I tagged have stepped up to stand with #DiversityJedi who are being attacked.

“Critics get characterized as vitriolic mobs (and much worse). Some writers try to tell others to ignore us and our “call out culture.” Many of us are critics and scholars. Asking questions is what we do. This is not new.

“Lot of ppl replying that they do not see themselves as #DiversityJedi. If I tagged you, that means that sometime in the past few yrs, you’ve pushed back on the status quo.”

The Privilege and Limits of a Predominantly White Profession

The experience that Dr. Reese shares in this thread is one shared by many IPOC (indigenous people and people of color) scholars and critics in the kid lit industry; and one that White colleagues have the privilege of eluding.

The frequent tone-policing of IPOC colleagues takes a toll. The refused assistance in “holding the wound” of racism takes a toll.  Recall how casually I opened this piece with an appreciation of conference conversations?  Now consider April Hathcock’s experience of post-ALA race-fatigue.

The kid lit industry is made up of predominantly White professions (librarianship, academia, education, publishing, reviewing, etc.). Even when those professions are committed to making progress in equity, diversity, and inclusivity, it is far too easy to ignore, and thereby erase, the experience of IPOC colleagues engaged in the work. This lived experience is expressed in the Editor’s Introduction to the newly announced scholarly journal Research On Diversity in Youth Literature:

““diversity work” is often not acknowledged as “real” academic work. This work is both psychological and intellectual; it exacts a heavy toll on those who undertake it, and too often that labor and its costs are rendered invisible. … It was clear that we needed a new space for scholarship, one that would actively seek work that was frequently deemed “too political” or “not scholarly enough” by established journals. We brainstormed ideas to address this deficit — a deficit that drives away promising scholars and reinforces the racial and intellectual hegemony that pervades children’s literature — and decided that we needed a new journal.”

What #DiversityJedi means to Writers

Laurie Halse Anderson frequently tweets on the impact of #DiversityJedi, at @halseanderson.  She recently tweeted within a long thread (worth reading in its entirety):

“Important and valuable. #Kidlit has historically done a terrible job providing books that accurately & respectfully show the lives of kids from marginalized groups. Our industry is waking up to that fact thanks to people who are brave enough to speak about this reality.

“Some folks have gotten their feelings hurt when confronted by examples of their inaccurate/disrespectful representation of marginalized kids in books they wrote. Know what really hurts? Being a kid & seeing your life misrepresented in stories. That’s harmful & dangerous & crappy.

Anderson refers to the well-known dismal state of representation in children’s literature, both in the books themselves, and in those in the industry.  No one seems to argue with these numbers, yet they do with those who point out the racism at play there. Author Ellen Oh, co-founder of We Need Diverse Books, says in a recent blog post that when the organization launched “I received heinous death threats and rape threats on such a continuous basis I had to shut down all social media for awhile.”  Her entire post, on asking and answering questions, is worth spending some time with.

Cynthia Leitich Smith, who first coined the hashtag #DiversityJedi, shared a little with me directly about what the community means to her:

“While there’s still far to go… More Native voices are entering the conversation. More non-Indian writers, illustrators, publishing pros, and gatekeepers are questioning and correcting their own preconceptions.

“And so, today, in moments of frustration, I can zip off a supportive or venting email to an up-and-coming Native author. I can joke around with fellow long-timers. I can suggest to various agents or editors, with whom I have relationships, that they look hard at a new Native voice. Agents or editors who’ll be interested to find out what that writer has say. I’m doing more community mentoring in part because I feel like up-and-coming voices will be more enthusiastically welcomed.

“My journey is less lonely, less discouraging, and more hopeful in large part because Debbie (and her allies) occasionally took a blowtorch to entrenched misconceptions and made room for more of us to enter the conversation. She spelled out what we’re up against, what mattered, and her readers responded with increasing support, often simply by listening with open minds and hearts.”

#DiversityJedi do the work of making room: work that sometimes, as Cynthia Leitich Smith rightly asserts, requires a blowtorch.  There is personal and professional risk in doing so, tremendously more so for IPOC. I as a White person need to hold this truth in my mind, and work towards eliminating that risk.

As Edi Campbell discovered after the hashtag was coined, JEDI might stand for “Justice, Equity, Diversity and Inclusion.”  The act of Justice is the goal of work in Equity, Diversity & Inclusion, and that action is key. The hashtag #DiversityJedi is used as an acknowledgment of work done in pushing against the status quo in #kidlit.  It seems to me it is also balm for the harm IPOC inevitably endure in doing our work, as a reminder of the community in this risk-taking.

Learning from, and Becoming #DiversityJedi

ALSC has a long road ahead in becoming “more diverse and inclusive, acting to promote these values in all aspects of library service to children,” as we have committed to in our strategic plan.  It will take all of us listening, questioning, learning and working together to get there. Inevitably, that work will exact more of a cost on some of us than others, and White colleagues have a particular responsibility–borne from the invention of racism itself–to learn and act to mitigate this.

I invite you to participate.  Hopefully the links within this post have connected you with new voices and colleagues.  For those invested in following and making progress within ALSC, the Equity, Diversity & Inclusion with ALSC Implementation Task Force has started its work auditing and aligning the work of our organization in service of this goal, and the ALSC Board will be reviewing the status of this goal, and recent proposals from the task force, at our Saturday afternoon meeting at ALA Annual.  At that meeting we will also discuss recommendations from our Awards Program Review Task Force regarding the Laura Ingalls Wilder Award. ALSC Board Meetings are open and observers are welcome. [Update: Board agenda and documents now available for members on ALA Connect].

I was so thrilled back in January to announce at the Youth Media Awards press conference that Dr. Debbie Reese will deliver the 2019 Arbuthnot Honor Lecture.  The host site for the lecture will be announced on June 25 at the ALSC Membership Meeting, so stayed tuned to make plans to attend this free lecture next spring.

Also on June 25th, the ALSC Charlemae Rollins President’s Program will be a panel discussion with Margarita Engle, Dr. Debbie Reese, Jason Reynolds, and Dr. Ebony Thomas, and moderated by Edi Campbell.  Join these #DiversityJedi at Considering All Children: A New Ideal in Evaluating and Engaging around Books for Youth, or on Twitter at #ALSCAllKids

Other programs (from ALSC and others) to consider for those attending ALA Annual:

APALA President’s Program, Co-sponsored by ALSC: Wandering Wonderland: How an Outsider Found Her Way In (with author/illustrator LeUyen Pham)

Let’s Talk About Race with Kids: Library Programs and Activities that support Parents, Caregivers, and Educators in Talking to Young People about Race

Native YA Today: Contemporary Indigenous Voices and Heroes for the 21st Century & Beyond

In the comments below.  Thank you all for stepping up.