ALA Annual is just around the corner and ALSC’s Local Arrangements Committee is getting excited to welcome you to our home turf. If you’re planning on attending, don’t forget to check out our guide for information about transportation, dining, and more. And if you’re one of the unlucky “left behind” librarians, you can be there with us in spirit by checking out some of our favorite books that show off a distinct local flare. 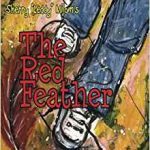 The Red Feather by Sherry Milam

A boy notices a red feather blowing down his street and is suddenly overtaken by a second line parade with Mardi Gras Indians. This book has wonderful illustrations and rhyming verse full of Mardi Gras colloquialisms like “Iko Iko A Nay”. What I love most about this book is that the story manages to be educational while still exquisitely capturing the spirit and mystery of the Mardi Gras Indian cultural tradition. 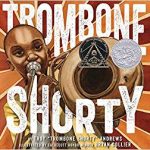 A picture book autobiography of one of contemporary New Orleans’ biggest rock stars. This is a really great story that is the winner of both a Caldecott Honor and Coretta Scott King Award. My favorite thing about this book though is the Author’s Note at the end, where you get to see the real pictures of 4-year old Trombone Shorty jamming with Bo Diddley and just how small he is relative to his instrument – incredible! 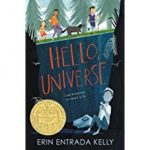 Author Erin Entrada Kelly grew up in Lake Charles, Louisiana. This much loved book is the winner of the 2018 Newbery Medal and received several starred reviews. The story is about the first few days of summer vacation told from four diverse points of view both with male and female protagonists. The characters face challenges such as bullying, shyness, and the daunting process of making friends. One of the things I liked about this book was reading from the bully’s point of view. The author did a great job of giving the characters authentic voices. 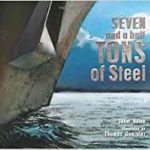 Seven and a Half Tons of Steel by Janet Nolan, illustrated by Thomas Gonzalez

There are many ships in our navy but the USS New York is unique in a very personal way. Seven and a half tons of steel were taken from the remains of the Twin Towers after the September 11, 2001 attacks and used in the construction of the USS New York. The steel was taken to a Louisiana foundry and the ship was constructed in a Louisiana shipyard. What I love about this book is that Louisiana was able to play a part in the creation of this memorial to the 3,000 people who died in the attack, a navy war ship involved in the war on terrorism. 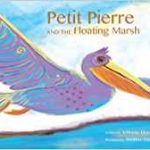 Petit Pierre and the Floating Marsh by Johnette Downing, illustrated by Heather Stanley

Pelican Petit Pierre is on a journey to find a new home in the Louisiana wetlands. In his search he asks each of the unique wetland creatures where they believe he should live. In this book, readers learn the names and habitats of the many Louisiana wetland creatures along with facts and French words to the side. The proceeds from this book go to conservation of the wetlands and this book represented Louisiana at the 2016 National Book Festival in Washington DC. 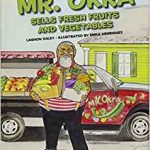 A local personality, the late Arthur “Mr. Okra” Robinson, is immortalized in picture book format, selling fruits and vegetables whose shapes and colors are compared to various New Orleans landmarks. If you get a chance, look up videos of the real Mr. Okra singing about his wares, it greatly enhances the experience. 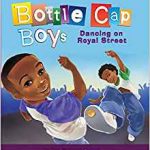 Brothers, Randy and Rudy, tap dance with bottle caps jammed into their sneakers to earn money on Royal Street. Their competition to see who is the better dancer will be judged by the amount of tips they get in their cardboard boxes. This tradition of young African American boys and girls performing on French Quarter streets for money has been around probably as long as Jazz music, but this is the only book that I know of that acknowledges and celebrates those performers. Also, the rhythmic text is full of onomatopoeias and it’s a lot of fun to read out loud. 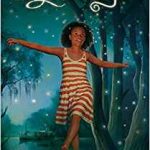 It’s a straightforward premise: a girl from New Orleans leaves the city behind to spend a magical summer with her Grandmére in the bayou. But the experience of reading this book is what makes it special. Rhodes’ atmospheric, descriptive text makes you feel the muggy heat of the swamp, hear the bugs swarming, and you quickly become engrossed in the world and Maddy’s adventures. And there’s mermaids!

Do you have a favorite book which celebrates New Orleans? Let us know in the comments below!