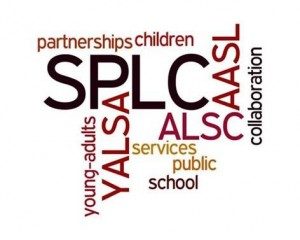 The Los Angeles Unified School District (LAUSD) and the Los Angeles Public Library system (LAPL) have created a system-wide collaborative effort similar to those discussed in the now completed Public Library & School Library Collaboration Toolkit. There are three System-wide Initiatives found in other parts of the nation described in the toolkit, but Los Angeles has cooperated in a way that is different, yet. (You can view the other System-wide Initiatives and many other programs that will fit any public or school district at: http://www.ala.org/alsc/publications-resources/professional-tools/school-public-library-partnerships .)

Where do you start on a project this big? In this case, LAPL originally approached LAUSD with a plan to issue Student Success Cards to every kindergartener the first year and grow the card disbursements from there. As LAPL and LAUSD discussed the fineries of the plan, it slowly became what it is, today.

Now, with a School Liaison position created to oversee the program, LAPL has been testing out different methods of getting the cards to the students. They have tried sending them directly to the homes of students. This method resulted in a portion of the cards being returned as non-deliverables. The next method being tested is to deliver the cards to the schools for distribution within their classrooms. The whole rollout process is ongoing, so it is still too soon to make a final assessment of what succeeded and what did not.

What has been noted, though, is a growth of patrons who have outstanding fines on their regular library cards returning to the libraries to use the resources. There has been a noticeable bump in circulations, but it is too soon to visualize the total impact. What are visible are students who are excitedly entering the library, looking around, and imagining all the possibilities that are available at their fingertips.

Marcia Melkonian, M.Ed., MLIS is the Young Adult Librarian at the Pacoima Branch of the Los Angeles Public Libraries and a former Library Aide for multiple schools within the Los Angeles Unified School District.