We include these in storytime without hesitation. They’re fun, they’re memorable, and they promote early literacy skills.  But what do we do when they’re gruesome?

I recently included “Hickory Dickory Dock” in my mouse-themed storytime.  Counting, movement and fun… perfect! Then “Three Blind Mice” came to mind. For a minute, I though about using it, but then I thought, “Why?”

Some quick research revealed that it was first set to music in 1609, and was likely a silly song to sing in rounds. On the other hand, the abbreviated version that most of us know gained a representative association with Queen Mary I (aka Bloody Mary) and the murder of three Protestant bishops. Because many of my storytime families are not originally from the United States, I left it out. They have enough to learn about Western culture without the inclusion of a knife-wielding woman cleaving off the tails of rodents.

A similarly gruesome rhyme comes to mind whenever I see a ladybug.

Ladybug, ladybug,
Fly away home.
Your house is on fire.
Your children will burn.

This one dates back to at least 1744. (Other versions have the words, “your children are gone.”) This is the rhyme that I grew up.  I never gave it much thought, I just said it when I saw a ladybug.

But is it worth passing on?

The impetus for my reflection on these rhymes of yore is the delightful new book, La Madre Goose: Nursery Rhymes for los Niños (G.P. Putnam’s Sons, 2016). One of the included nursery rhymes in Susan Middleton Elya’s updated and bilingual edition is “Old Mother Hubbard.”  In the original version, Old Mother Hubbard’s cupboard was empty and the dog received nothing to eat.  In the new version,

But when she got there, el armario was bare, so she gave her poor dog un beso.

(In the original, the dog dies, recuperates, smokes, plays the flute, and rides a goat – among other amazements.)

I didn’t mind telling my own children gruesome rhymes, because I knew their temperaments and had time to give context.  In storytime, I don’t always have that luxury. For stortyime purposes, part of me says, “It’s traditional. It’s history. Don’t let it get away.” Part of me says, “Sentiments change and that’s a good thing. Many old mores were discriminatory or downright violent. Move on.”

What’s your thought on traditional songs and nursery rhymes? Do you change them up to make them more palatable to today’s children, do you pick and choose, or do you stick with the traditional? 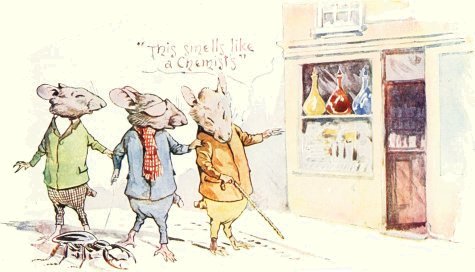