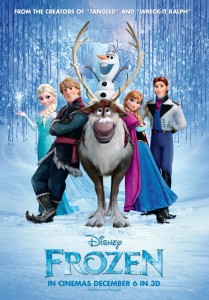 In March, I blogged about the upcoming adaptation of The Snow Queen, Disney’s Frozen. At the time, no trailer had been released. In that blog post, I voiced a concern about the title change and placement of female characters in the marketing campaign.“Like Tangled and last year’s Brave, Frozen follows a recent tradition of taking any references to female main characters out of the title of new films” but added, “…regardless of how they obfuscate the main character’s gender, Frozen looks to be a fun family film that gives this generation a new Disney Princess to relate to.” I was extremely excited about the talented vocal cast, including Kristen Bell, Indina Menzel, and Jonathan Groff.

Since then, the controversy over this adaptation and the use of the female main characters has ratcheted up, especially when the head cartoonist for the movie, Lino DiSalvo, gave an interview and said, “Historically speaking, animating female characters are really, really difficult, because they have to go through these range of emotions, but you have to keep them pretty and they’re very sensitive to – you can get them off a model very quickly. So, having a film with two hero female characters was really tough, and having them both in the scene and look very different if they’re echoing the same expression; that Elsa looking angry looks different from Anna being angry.” 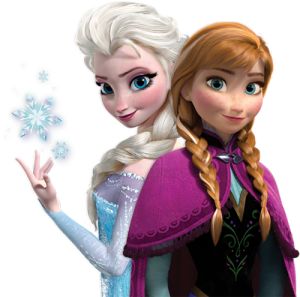 The internet exploded (all angry women look the same but angry men look different?) and things got messier as this quote came to light at the same time as the trailer debuted. The trailer heavily featured the male characters (all whom were created for the movie) and revealed that all of the side-kick characters in the film are also male. Bloggers were on the warpath; there were articles detailing the controversy in Time, The Wrap, The Mary Sue, Jezebel – even Buzzfeed got in on the action. In addition to the uproar over the animator’s comments, there was a dual outcry over the way the female characters in this female-heavy story were adapted to the screen. Articles like How to Diminish a Heroine in 4 Easy Steps brought up a whole host of issues with Frozen and Disney in general.

You can watch the trailer here. What do you think? Is the controversy over this adaptation warranted or overblown?