Hans Christen Anderson has never been my favorite fairy tale author. As a child, I thought his treatment of the poor, unfortunate little mermaid was beyond unfair. The little mermaid sacrifices everything and still does not get the prince! Yes, yes, she gets to go to heaven, but who cares? There’s no happily-ever-after, a serious crime in the eyes of a five year-old. 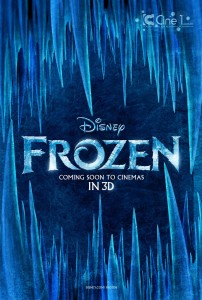 I may not have liked the picture book I had of Anderson’s tale, but Disney took that very same story, made a few key tweaks (including an amazing soundtrack and excellent animation) and had a monster hit on their hands, 1989’s The Little Mermaid. They’re hoping to replicate that success with this year’s Frozen, an adaptation of Hans Christen Anderson’s The Snow Queen. The film comes out November 27, 2013, right in the heart of holiday and award season.

The film is being animated in the same style as Disney’s 2010 hit Tangled. Like Tangled and last year’s Brave, Frozen follows a recent tradition of taking any references to female main characters out of the title of new films, a direction I find troubling (and I’m not the only one). Regardless of how they obfuscate the main character’s gender, Frozen looks to be a fun family film that gives this generation a new Disney Princess to relate to. 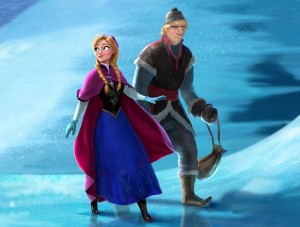 The vocal cast is amazing. Kristen Bell (Reefer Madness, Veronica Mars) plays Anna, the estranged younger sister of The Snow Queen, Idina Menzel (Wicked, Glee). On her epic journey to save her land from permanent winter,  Anna meets Kristof the mountain man, played by Jonathan Groff (Spring Awakening, Glee). Josh Gad (Book of Mormon) also stars as a talking snowman, who will presumably crack wise during the journey. As a theater nerd, that lineup makes me very, very happy. It will be interesting to see what changes Disney makes to this Anderson tale. From the description alone, it does not seem very similar to the story of a girl who wins back her playmate by reciting the Lord’s prayer at violent snowflakes, but only time will tell. 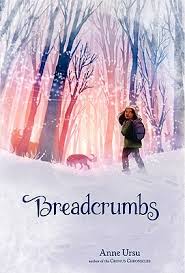 Fortuitously enough, last year saw the release of an excellent middle-grade adaption of The Snow Queen. Breadcrumbs, by Anne Ursu, received starred reviews from Kirkus, SLJ, and PW, and it more than lives up to its praise. Our library’s 8 copies are almost never checked in. With its intriguing blend of Anderson’s fairy tales and its multicultural, kick-butt female heroine, Breadcrumbs is the kind of book you want to read again and again. It will be interesting to see if circulation for this title goes up after the release of Frozen. We’ll certainly be promoting it again in my library!