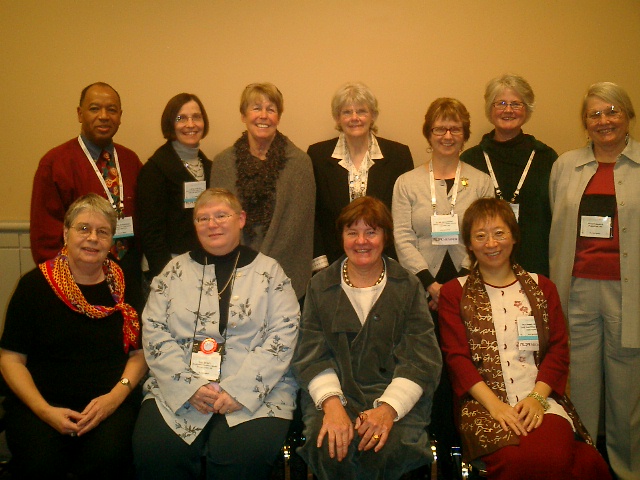 I promise that this is the final post on the Notable CBC of 2008.

Some quick answers to FAQ’s:

Q: How long did you have to read all these books?
A: We started really reading intensely about March since that’s when the boxes of finished books arrived. Since we cannot discuss a book unless everyone has access to the finished book (meaning, not galleys, F&G’s or ARCs,) most of us stopped reading galleys really quickly.  So, we basically had about 9 months to read.

Q: Did you read ALL those books personally?
A: No, silly.  That is just not humanly possible.  That is why we have a Committee — so that many different kinds of books are being looked at and then nominated for the other Committee members to consider.  I am so grateful for my colleagues who read lots of nonfiction and picture books so I have an inkling what to look at in those fields that I don’t usually work with.  The colleagues are not just the committee members — my co-workers, friends on goodreads.com, and reviewers are all really helpful resources here.

Q: What is the reading and nominating “schedule” like?
A: We basically read for one month, nominated books that we’d enjoyed and thought noteworthy, and then read everyone’s nominated titles for another month, and then voted to select those we would DISCUSS face-to-face at the Conferences.  So, before Annual, we had one round of nominations and voting.  And between Annual and Midwinter, we had another four rounds (8 months) of nominations and voting.

Q: You mean, if a book did not get “voted” for those rounds, it doesn’t even get discussed?
A: Indeed.

Q: How many books did you have to have on the list?
A: It’s not specified.  It depends on many factors: how strongly we feel about including the books that only receive five votes at our final balloting; how many books we have to put on our list automatically (all ALSC award winners and honored titles); how many votes the Chair decided to “give” us, etc.

Q: How many votes did you get this year?
A: We each had to vote for 60 titles.  It’s lower than the previous couple of years, partly because there were a lot of overlapping with the award winners.

Q: How many books did you have on your final list?
A: We have 74 titles — 21 of them are from the ALSC Awards pool and 53 of them were “voted in.”  Many of the 21 automatic titles would have gone on our list if we had to vote for them. They were all strong and strongly supported titles.

Q: Were there surprises?
A: Oh, yes.  We all changed our minds during the process of our discussions.  There were books that I thought were shoot-in’s that didn’t make it, and there were books that really grew on me after listening to others’ opinions.  It’s a highly interesting and energizing process.  I recommend this for anyone seeking to hone their public book discussion skills and wishing to look at books closely and not minding being told to look at a book very differently from time to time.