I attended tonight’s screening of The Public followed by a Q+A with Emilio Estevez. Some fun facts: 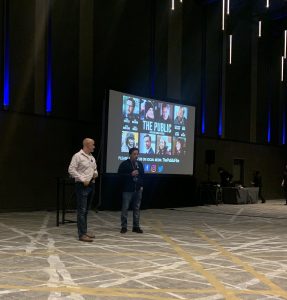