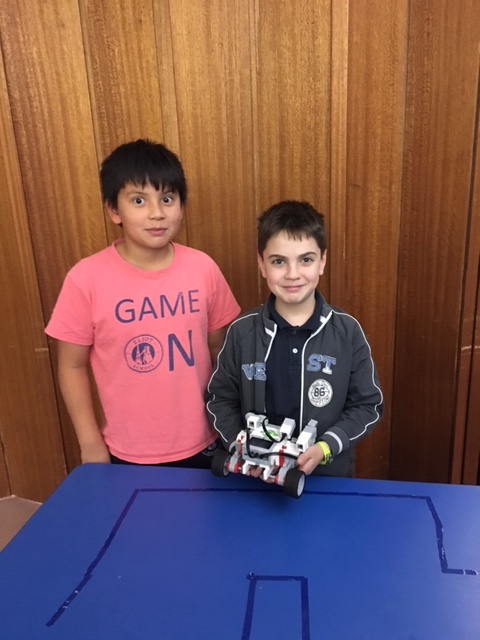 Do you know what HoMaGo means? It stands for Hanging Out, Messing Around, Goofing Off and is commonly used to describe how kids and teens interact with and learn when it comes to technology.  Research shows that when left to explore and play with tech,  kids and teens can not only learn a device, but master it.

A few years ago, my library system invested in Lego Mindstorm EV3 Educational Kits. Armed with weekly curriculum packets, my coworker and I have been attempting to lead a group of 12 kids through a 9 week program that continues to build upon itself each week, that is supposed to leave the kids feeling like they had conquered these robots.  I say attempt, because as this past week approached, I realized this wasn’t working anymore.

In reality, it was the start of Week 3, and the kids had unbeknownst to us already done so much in school, that we were projected to be finishing the Week 8 curriculum by the end of Wednesday.  Most importantly though, the kids were not having fun.  I could see the unhappiness in their eyes.  So, I tossed the packets and decided to embrace the HoMaGo approach.  After arming each team with tape, scissors, and their kits, we challenged them to design their own mazes and use the skills they had already learned to program their robots to traverse it.

The kids were thrilled.  Unlike in previous weeks there was no set of directions telling them what to do and what their design needed to look like.  They had complete and total control and it was great.  Kids who in previous weeks had sat back and watched their teammates manipulate the kits became fully engrossed.  It was so rewarding to watch them share their robots and mazes with their parents and siblings, proudly showing off how they had done all this work by themselves- much of it through trial and error.

For the remainder of our program, we are planning on taking a similar HoMaGo approach, giving the kids the option to either complete a challenge or participate in a free build.  In the future, the ideal program would be more open ended.  Kids would drop-in program, to explore the robotic kits and software, using the directions to teach themselves at their own pace, and to the extent they want to learn. I may use the 9 week curriculum again in the future, but for now, I love the idea of kids exploring and playing with the technology on their own- the HoMaGo way.

More information about HoMaGo can be found here and in Mizuko Ito’s “HoMaGo: Living and Learning with New Media” from MIT Press.