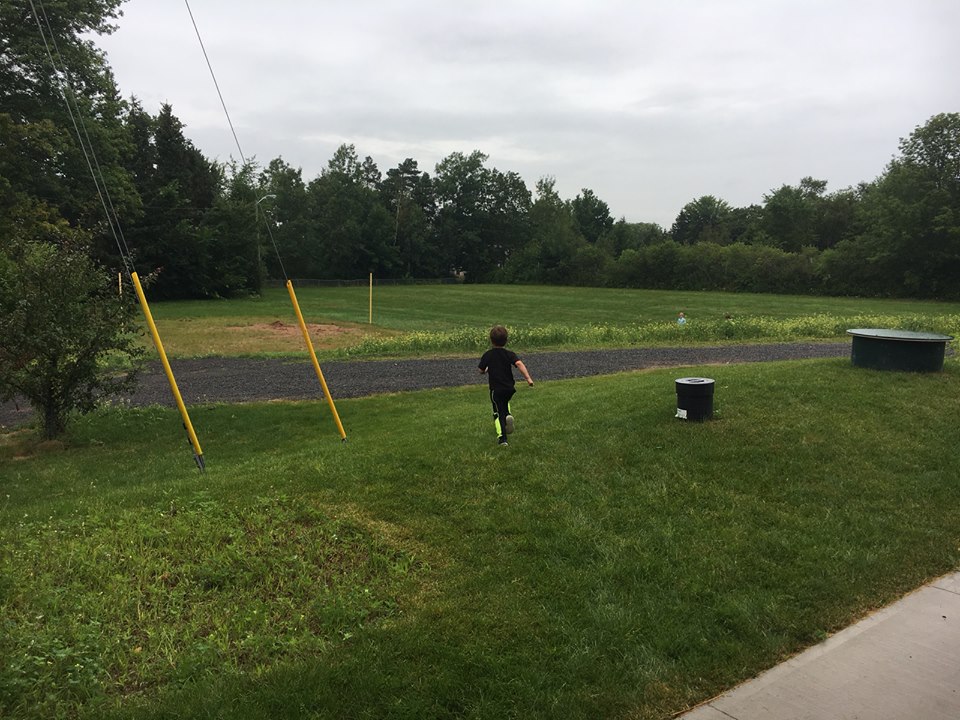 What can you make with cardstock, duct tape, masking tape, and a PVC pipe? Young rocket scientists! 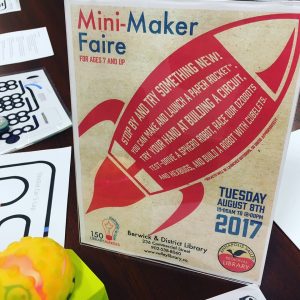 We just held a “Mini Maker Faire”, putting out some of our tech toys – Ozobots, Hexbugs, Cubelets, Sphero, Osmo, and Snap Circuits. These were all well-received, and the kids had fun experimenting and testing new ideas. But the biggest blast had to be the paper rockets. We invited a local science guy to our faire, and he brought along his air-compressor and rocket launcher.

If a child can use tape, they can build a rocket. We held our event for ages 7 and up, but there were some 5 year-olds who did just fine making the rockets. Here’s how: cardstock is wrapped around the PVC pipe form, and taped.  Remove the rocket from the pipe, tape one end to make an air seal, and add some fins to the bottom, and you have a rocket that will fly high into the sky. It really is amazing to watch.

You’ll need a field or large area, because these things do go high and far. Luckily, the library where we held the program has a soccer field behind it. An added bonus is the exercise the kids get chasing down their rockets, which they are more than willing to do, over and over, even in the rain. (see photo above for evidence) 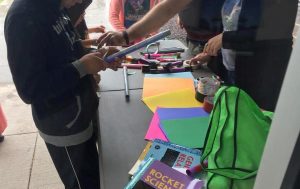 Our visiting rocket scientist urged the kids to make modifications, telling them to “think with their hands”.  Many of the young experimenters came back to refit their rockets and launch them again. If you want to see a bunch of really excited kids learning science, get yourself a Rocket Launcher.  Or make one, these instructions from Make Magazine say it is easy…..