As I have been celebrating Harry Potter’s 20th anniversary, I could not help but reflect on how Harry Potter has impacted my  life. About nineteen years ago, I remember looking for a new summer book to read. I would walk up and down the stacks of books for what felt like hours trying to find a book that I connected with.

As I was roaming the stacks one day, my librarian noticed I was struggling and asked me to follow her up to the reference desk. Once there, she suggested a book that would forever change my life – Harry Potter and the Sorcerer’s Stone by J.K. Rowling.

For the next ten years, I wore out countless copies of Harry Potter. I wanted to live and relive my time at Hogwarts. I finally had a series and a world that I connected to and I anxiously awaited its return. Nearly twenty years after its original publishing, the Harry Potter series is still going strong. As a librarian, I love sharing this series with my tweens and watching a new generation fall in love with the series.

When I share this series with my tweens, it has created a bond that has helped to shape the way that I connect with my tweens.  I can easily talk about my love for Harry, Luna, and Hufflepuff that ignites a lasting  friendship that enables me to serve and connect my tweens.

During summer, however, I rarely have the Harry Potter series and its traditional read a-likes on the shelf.

To assist with this, I created a book list for tweens that is made up of newer  series titles that have been published within the last two years that are similar to Harry Potter. Here is a short list of some of my favorites:

Simon Thorn and the Wolf’s Den 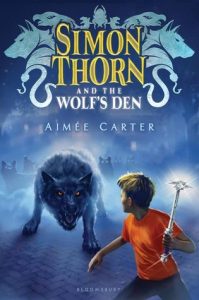 In this action packed series, twelve-year-old Simon Thorn is an outsider who must hide that he can talk to animals. When his mother is kidnapped by a herd of rats, Simon discovers that he is an animalgam- an animal shapeshifter. This snowballs into a series of events that leads Simon to Animalgram Academy. This academy reveals a secret world that Simon and his friends must save. Fans of Harry Potter will appreciate this plot driven novel for its world building and magical elements. 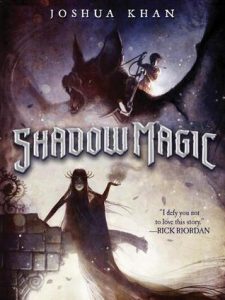 This high fantasy book features a character named Thorn who is sold into slavery. Even though he sold into slavery,  Thorn is quickly saved by an executioner who takes Thorn away to kingdom of Gehenna- which is rumored to be full of zombies and gloom.  Upon his arrival to Gehenna, Thorn becomes a squire for his master and befriends the thirteen-year-old queen, Lily.  As Thorn becomes closer to Lily, Lily discovers that she has a secret magic power and it is up to her to use the power to save her kingdom.

Fans of Harry Potter will be excited by the magical elements of this book, but will also enjoy this story’s character development, fast paced plot, and theme.

Keeper of the Lost Cities 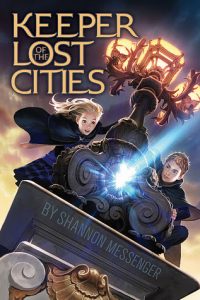 This fantasy mystery series features a twelve-year old girl named Sophie who has always been different. Sophie is telepathic and is constantly burdened by hearing the thoughts of others around her. One day, a boy named Fitz hurdles her into a fantasy world where Sophie finds out that she is an elf that was hidden away in the human world. Sophie is torn away from her human family is must go to an elite elf school to learn how to save the world as she knows it.

Reminiscent of Harry Potter, this popular series features friendships, a fast paced plot, and an unforgettable cast of characters that will have readers hungry for more.

In addition to these titles, readers might also enjoy: The Forbidden Library series by Django Wexler, The Dragon with the Chocolate Heart by Stephanie Burgis, The Star Thief by Lindsey Becker, Dragon’s Green by Scarlet Thomas.

These titles remind me that Harry Potter has touched countless lives, I want to pause and thank Arthur Levine for bringing Harry Potter to the United States. May Harry live on and touch even more generations.

With this in mind, tell me about your Harry Potter story! Where were you when you first read Harry Potter?