Summer is finally here! For librarians, summer reading busy time that usually has us constantly reaching for chocolate. For tweens, summer is an exciting time that prepares them for changes in the new upcoming school year. As they take in these changes, they might wonder where their place is in the library.

Some libraries are lucky to have a section of their collection specifically for tweens, but other libraries might have their collections divided into a children and a teen section. If your library is part of the latter group, your tweens might be going back and forth between sections to try to find books. This could lead to frustration for both kids and parents. So how can librarians help to bridge the gap between these sections?

One resource librarians can use are state book lists.  These lists are designed by educators for grades 4-8.

Each state has their own unique list, but some of my favorite lists include : the Texas Bluebonnet, the Illinois Rebecca Caudill Young Reader’s Book Award, and Florida‘s Sunshine State Young Readers Award books for 6-8.

To kick it off this series, here are some of my favorite read-alike books for the  Percy Jackson series by Rick Riordan: 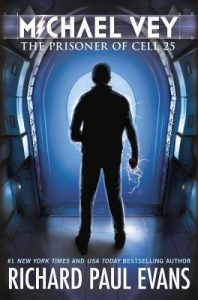 This faced paced seven part series is about a fourteen year old boy named Michael. Michael is like most other teenage boys, but he special electric powers from an experiment that went terribly wrong. Lucky for him, his powers come in handy when Michael and his friends are faced with trying to save the world. Fans of the Percy Jackson series will enjoy the similar action packed super hero story.

For readers that are looking for crossovers with a similar plot to Percy Jackson, they also might enjoy: The Legend series by Marie Lu, the Insignia series by S.J. Kincaid, and The Shadow Cipher by Laura Ruby. 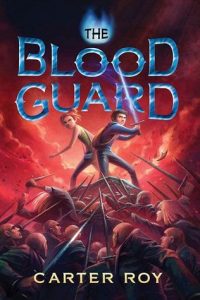 In this cross under book series, a thirteen year old boy named, Ronan, finds out that he is part of an ancient knight society tasked with protecting thirty six noble souls known as the Pure.

Reluctant readers who enjoy books like this might also enjoy the Seven Wonders series by Peter Lerangis, The Blackwell Pages series by K.L. Armstrong, or Keeper of the Lost City series by Shannon Messenger.

Addison Cooke and the Treasure of the Incas 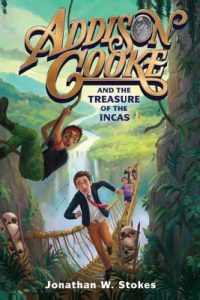 This is a new series about a twelve year old boy name Addison who enjoys learning about history and archaeology from his aunt and uncle. When his aunt and uncle are kidnapped, it is up to Addison to save both the Incas treasure and his family. This series is full of adventure and humor which is perfect for fans of Percy Jackson.

If readers enjoy action packed titles like this one, they might also enjoy The Adventurer’s Guide to Successful Escapes by Wade Albert White, Mighty Jack by Ben Hetke, or The Gauntlet by Karunaa Riazi.