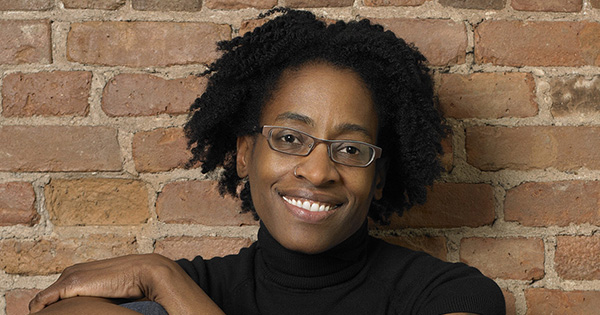 Save the date for the 2017 Arbuthnot Honor Lecture featuring Jacqueline Woodson!

On April 1, 2017 in Columbia, South Carolina, the South Carolina State Library will be hosting the 2017 Arbuthnot Honor Lecture. This event will take place at the W. W. Hootie Johnson Performance Hall, in the Darla Moore School of Business, at the University of South Carolina.

Tickets are free and will be available later in Spring 2017. This is an event not to be missed!

Originally established with funding from Scott Foresman to honor May Hill Arbuthnot, the lecture is now funded and administered by the Association for Library Service to Children (ALSC), a division of the American Library Association. The Lecture hosts roughly 250-700 attendees each year, depending on the selected venue. Audiences typically include: librarians, publishers, literary critics, intrigued local patrons, and others interested in children’s literature.

Jacqueline Woodson is the 2014 National Book Award Winner for her New York Times bestselling memoir, Brown Girl Dreaming. The author of more than two dozen books for young readers, she is a four-time Newbery Honor winner, a recipient of the NAACP Image Award, the 2014 National Book Award winner for young people’s literature, a two-time Coretta Scott King Award winner and was recently named the Young People’s Poet Laureate by the Poetry Foundation.