Several forces combined to create this post: a recent viewing of the excellent film adaptation of John Green’s The Fault in Our Stars, coming up for air midway through a book I desperately wish someone would turn into a movie, new footage released from the upcoming TV series of another book I love, and the onslaught of summer reading sign-ups making me long for the silent ritual of popcorn, seltzer, smuggled Sweedish fish, and the movies.

The phenomenal box office success of #TFioS has already lead to mainstream articles marveling at the power of readers to influence culture. Linda Holmes’ excellent article for NPR, The Muscle-Flexing, Mind-Blowing Book Girls Will Inherit the Earth is just the most heart-warming example of the newly-recognized ability readers have to shape the media we consume on television, in the movies, and at the theater.

With all that being said, fellow Book Girls (and Book Guys!), which children’s books do you think we should use our cultural cache to get turned into movies? Here are a couple I would love to see in theaters in the next few years: 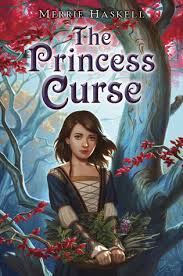 Merrie Haskell is one of the brightest new voices in MG fantasy, and this, her first foray into the genre, would make an EXCELLENT movie. The Princess Curse takes not one but two well-known fairytales (The Twelve Dancing Princesses and Beauty and the Beast) and combines them with vivid historical settings, a colorful host of well-developed characters, and stakes whose consequences feel real. Between the smart, charming heroine and its fairytale roots (and with the box office success of similar films like Maleficent and Snow White and the Huntsman), The Princess Curse has Hollywood written all over it. 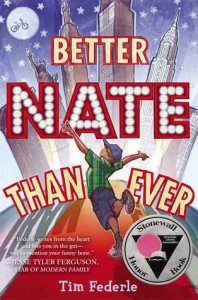 Here’s another MG book screaming (operatically) for a film treatment. Better Nate Than Ever boasts a lovable hero, a plot brimming with quality humor and real pathos, and a focus (trying to make it on Broadway) rarely (if ever?) explored in films for kids.

Our profession’s recent high-profile focus on diversity in books for children walks hand-in-hand with a demanding need for real characters of diversity in visual media for children. And if money is all that talks in Hollywood, the success of shows like Glee and the arrival this fall of Alan Menken’s Galavant (!!!!!) proves the appetite for humorous, heartfelt, musical stories has never gone away. I think Better Nate: The Movie would be a surefire hit.

What about you? Which of your favorite MG books should be brought to the big screen?