Some of the most frequent questions I get have to do with finding books in Spanish and other languages, especially books originally published in that language. Because of this I’m constantly on the lookout for new-to-me publishers, particularly when their books are readily available in the US.

One such publisher is Cuento de Luz. Although they only launched their picture book list in the United States a little over a year ago, this Madrid-based publisher is quickly adding to a list of books “that stimulate the imagination, help care for our planet, respect differences, eliminate borders and promote peace.” Most titles are available in Spanish and English and at least one title is currently available in Catalan. The books are available in hardcover, with a reasonably sturdy binding, and most titles are also available as ebooks, including in PDF and Kindle formats. The authors and illustrators represent a mix of nationalities, including Spain, Germany, Argentina, Colombia, Poland, Finland, and the United States.  Books are published in Spain with simultaneous release in other markets.

Few of the books would be considered “multicultural” in the way that books published by US publishers might include children from various ethnic groups or feature a culturally authentic experience.  Many titles include only insect or animal characters, avoiding ethnic or racial identity altogether. But the stories told and the style of the telling reflect the way something might 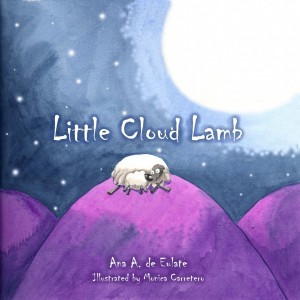 be viewed in another culture. For example, Little Cloud Lamb by Ana A. de Eulate, a story where a little lamb becomes a skein of yarn, treats death a little differently than we would see in many US picture books. for some titles the text is longer and more complex than is typical for US picture books, making some books better suited for independent reading. 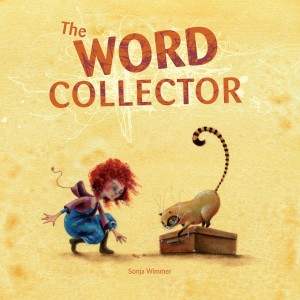 La coleccionista de palabras if you prefer the Spanish version. Written and illustrated by Sonja Wimmer, this is the story of a young girl who collects words. Deciding to set them free, she disseminates the words she has collected to people around the world. The text is scattered about the page in a free form pattern, much like concrete poetry, and would provide inspiration for children to start their own collection of words in various languages.

These are not bilingual or dual-language texts so if you are looking for Spanish-language materials buy the Spanish editions. The books are just beginning to show up in standard review journals but the website includes a generous preview for most titles. With the exception of the one title in Catalan, the books are distributed through the Independent Publishers Group, Ingram, and Baker and Taylor. The publisher anticipates that about 25 books will be released annually so check ’em out!