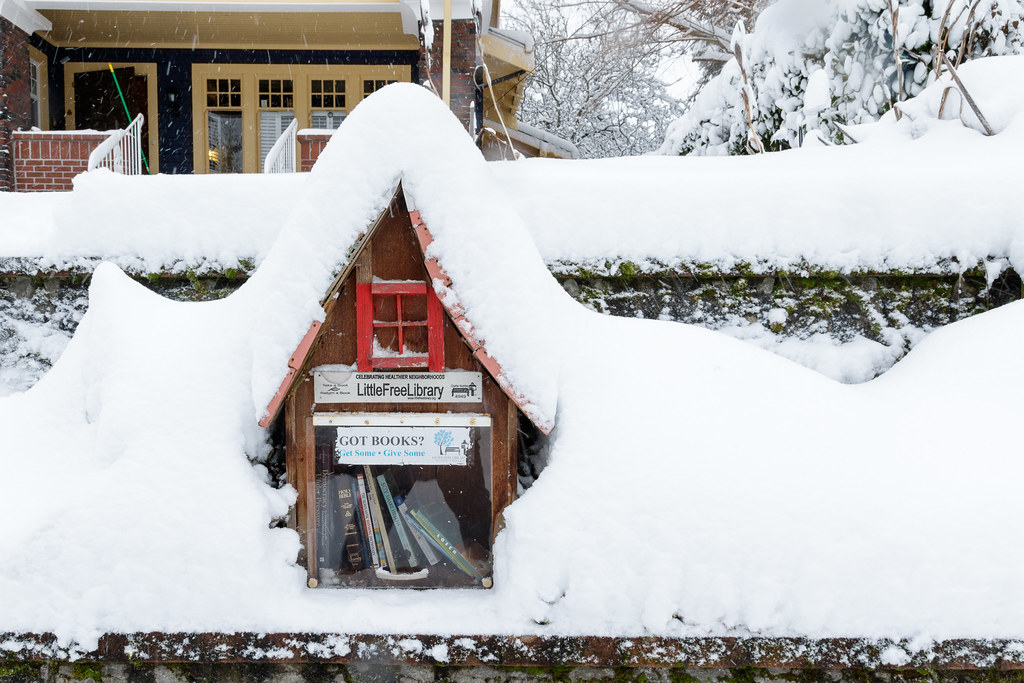 So, preppers are prepping like crazy for summer reading. But, let’s face it: it’s still winter! Spring ain’t gonna spring anytime soon and the groundhog’s only just thinking about making some French press.

While you’re doing your headless chicken routine hiring and lining up summertime performers, have a gander here for some great ideas for sort of now-ish! Don’t let the icy conditions slip you up! Okay, no more puns…for now! ; ))

35 Active Indoor Games to Get Your Kids Moving

Here is the news!

The Newbery Medal is 100

The Giving Tree gets its own Forever stamp.

Author Nic Stone has responded to the controversy in Monett, MO over her YA novel Dear Martin. The school district has pulled the novel from an English class because they claim teachers did not follow the correct protocol to have it added to curriculum. While Nic Stone says she understands protocol has to be followed, her biggest issue is the fact her book was replaced with To Kill A Mockingbird. ”What Dear Martin attempts to do is show how racism is experienced by the people actually experiencing it,” Stone says. “As opposed to showing it through the lens of someone else. Someone who is kind of looking at it from the outside and doing their best to be empathetic but experience and empathy are very very different.”

Eight-year-old Dillon Helbig snuck his self-published book onto his library’s shelf, and now they’ve added it to their collection!

Here’s the trailer for Moon Knight.

8 of the best YA books to be adapted into comics.

In March 2022, Sailor Moon is turning 30, and the official Sailor Moon YouTube channel has announced a 30th anniversary project with a series of events, collaborations, and more! There are plans for a Sailor Moon museum opening for a limited time at some point in 2022. The exhibits will look back on Naoko Takeuchi’s original manga, the anime, musical adaptations, merchandise, and more. There will also be tons of new Sailor Moon merchandise available, including collaborations with Sanrio, Premico, Uniqlo UT, Anna Sui, and Samantha Thavasa.

YA recommendations based on your favorite type of horror movie

Locksmith Animation has optioned Marissa Meyer’s New York Times bestselling novel series The Lunar Chronicles for film. The series reimagines classic fairy tale heroines in a futuristic world and consists of the novels Cinder (2012), Scarlet (2013), Cress (2014), and Winter (2015). “We are huge Marissa Meyer fans and cannot wait to bring Cinder, Scarlett, Cress, and Winter to a worldwide audience through the talents of our extraordinary team,” said Locksmith Animation CEO Natalie Fischer. “This unforgettable series has garnered huge praise and popularity and we are determined to give this material the treatment it deserves.”

15 Things You May Not Know About J.R.R. Tolkien

Here’s the cover reveal for Night of the Raven, Dawn of the Dove, a new “medieval Indian YA Fantasy about a sassy guardswoman, a handsome monk, and a plethora of monsters!” Coming out October 18th from Wednesday Books!

​LEGO Board Game: Race to Build​

​Melting Snow(man) Science in a Jar​

​Snowman in a Bag​

Disney+ has officially picked up the Percy Jackson series.

I Know What You Did Last Summer is being canceled by Amazon after one season.

Here’s an update on Season 2 of Shadow and Bone.

Far Far into the Future

This year’s theme—Connect with your Library—spotlights libraries as places to get connected to broadband, computers, and other tech resources. It reinforces the idea that libraries are places to connect with media, programs, ideas, and of course, books!

And this is just weird

New PenguinCam Takes You on a Chaotic Sardine Hunt