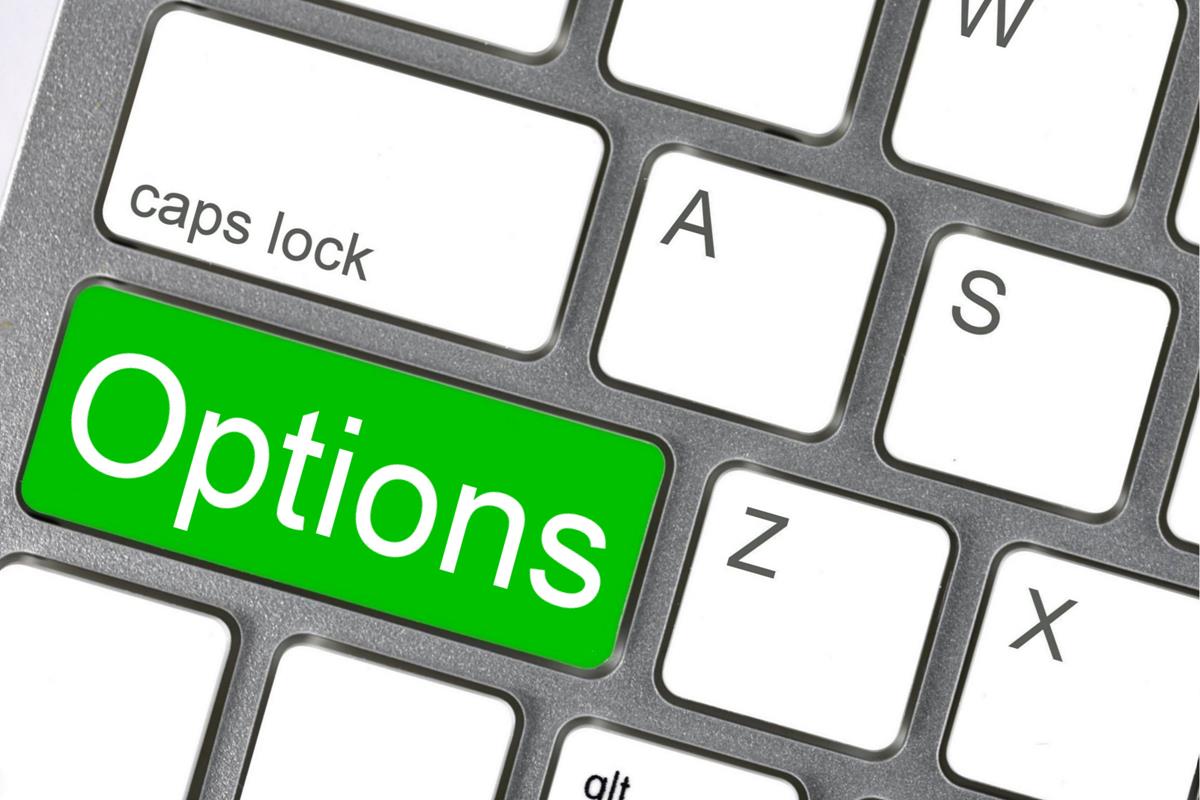 So, it’s the ninth hour. Summer Reading 2021 is just about here. Things are changing rapidly, though. COVID safety guidelines are positively fluid. What’s a children’s librarian to do?!

A Spectrum of Five Options

I know you know what it is. However! There’s an awesome new reference and even a free webinar about this very topic that I want to direct you to. The webinar is a called “Passive Programming That Pulls Them In: Provocative Passive Programming Ideas”. You can find it on Niche Academy. As a matter of fact, they have an upcoming live webinar. Here’s the 10-4:

For our purposes, hybrid programming is basically a library program that exists in both the real world and online. This means, it’s a program that you have live in your library and live streamed at the same time. Lots of online platforms allow for this. My own library system is using Facebook, Zoom and YouTube. Starting this summer, we’re going to be hybriding it up! Yes, I made a new verb up.

An example of a hybrid program I am trying out this summer is taking a trip around our county, visiting the sights and interacting with County staff, librarians, rangers, etc. Kind o’ like when Kermit was a roving reporter, but, you know, I’m not a frog.

Basically, families (the patrons determine what a family is) sign up to reserve a spot. Spots are limited and separated as above.

CDC has some great advice on indoor events:

For the librarian wanting to keep it 99.9% safe, here’s a guide for outdoor crafting:

Another guide for outdoor crafting:

Points
• Each time slot would be an hour to allow for sanitizing post-craft.
• After a few weeks of successful programming we may shorten time slots.
• Family groups are limited to 10 people.
• Families who register will give ages of each person attending and it will be noted that they are
“families.”
• It will be up to the family adults to define “family.”
• The garden is behind the children’s desk and is easily visible and accessible by staff.

For more on this topic, please see my earlier blog post:

Digital Storytelling: Resources for You and Your Library to Consider

Ideas for Summer Reading Programs and Other Engaging Library Events

So, afore ye go, here’s my usual and obligatory list of current free stuff from the internets — enjoy!

A reboot of The Borrowers is in the works.

Here’s the trailer for Peter Rabbit 2: The Runaway.

10 Music-Making Apps Your Kids Will Love

Ava DuVernay is adapting the Wings of Fire books by Tui T. Sutherland as an animated series for Netflix.

(That is to say, the kids do adult-supervised cooking, not Hannibal Lecter goes to the library)

12 Pretend Potions Your Kids Can Mix Up Today

The same person who brought us To All the Boys I’ve Loved Before on Netflix is now adapting Sarah Dessen’s Along for the Ride! And it’s already been cast and everything!

Speaking of casting, Alice Oseman revealed the casting for the leads in the adaptation of the Heartstoppers series!

Aimée Carter’s new YA series is pitched as Princess Diaries but with a murder mystery twist, and I am so here for it.

Check out the cover reveal for Lilliam Rivera’s new YA novel! We Light Up the Sky will be out in October.

Lots of cool things happening over at Disney Publishing, most notably that Melissa de la Cruz is getting her own imprint!

Some exciting casting news for the HBOMax movie adaptation of Jennifer E. Smith’s Field Notes on Love! A reminder that another one of Smith’s books, The Statistical Probability of Love at First Sight, is also in production!

Have you seen the 1993 film The Crush, starring Alicia Silverstone? A YA sequel is in the works. It’s an unusual twist, we’re getting a book adaptation of a movie

QUIZ: How Many Teen Detectives Can You Name?

Quiz: Find Out Your SHADOW AND BONE Character

Find your place in the Grishaverse! Take our Shadow and Bone character quiz and find out if you’re more of an Alina or a Kaz.

A new directing team for the upcoming sequel to the Oscar-winning film Spider-Man: Into the Spider-Verse has been announced. Sony Pictures has tapped Joaquim Dos Santos, Justin K. Thompson, and current Oscar nominee Kemp Powers to direct the sequel. In a joint statement, the directing team said, “The crew behind the ‘Spider-Man: Into the Spider-Verse’ set such a ridiculously high bar, and we’re humbled to take on the challenge of charting the next chapter in the story of Miles Morales.”

Amazon Announces the Cast for its Paper Girls Series

Earlier this week, Amazon announced that the four main characters have been cast for the new Paper Girls series. The series is an adaptation of Vaughan and Cliff Chiang’s acclaimed comic Paper Girls, which tells the story of four newspaper-delivery girls in 1988 who have a run-in with travelers from the future and find themselves also traveling through time. So who are the four actresses playing the titular paper girls? Sofia Rosinsky, Camryn Jones, Riley Lai Nelet, and Fina Strazza. Paper Girls will start filming in Chicago this year.

Here’s the first look at We Light Up the Sky by Lilliam Rivera.

DC is heading back to its roots by launching a new horror imprint focusing on horror comics. They’re set to launch with The Conjuring: The Lover, a five-issue limited series about a college student named Jessica who regrets sleeping with a boy she shouldn’t have and is struggling in her classes when she begins to feel like she’s being watched and targeted by something evil. It’ll release on June 4th, to coincide with the new Conjuring movie.

Game of Thrones star Emilia Clarke has written a comic book! The actress said the idea started off as a joke, but the more she thought about it, the more she thought to herself, “That would be f—ing cool. Why not?” And so M.O.M.: Mother of Madness, a three-issue comic mini-series, was born. The series stars a single mom named Maya who has super powers, and she uses these powers to take on a secret cabal of human traffickers. Clarke told Entertainment Weekly, “We’re always calling mothers superheroes, and I’m like, what if they were? What if they legitimately were superheroes?” M.O.M.‘s first issue is out July 21.

In last year’s Marvel crossover story X of Swords, Cyclops and Jean Grey declared that they would be founding a new team of X-Men, and now the full lineup has officially been unveiled. One slot of the new lineup was filled based on the results of a public poll voted on by X-Men fans. Fans chose Magneto’s daughter Polaris to join the team. The team will debut at the Hellfire Gala in June’s Planet-Sized X-Men #1, written by Gerry Duggan and illustrated by Pepe Larraz.

Synchronicity Films has optioned the rights to Graeme Armstrong’s acclaimed 2020 debut novel The Young Team. Set in Airdrie, North Lanarkshire, The Young Team follows the story of teenage boys who get caught up in a life of gangs, alcohol, and drugs. Synchronicity plans to adapt the novel into a television drama with Adrian McDowall (The Last Czars) on board to direct.

Spider-Man Will Be Streaming on Disney+ for the First Time

Disney and Sony have reached a multi-year deal that would make Spider-Man and other major franchises available to stream on Disney+ for the first time. This deal “gives Disney enormous programming potential across its platforms and makes them key destinations for a robust collection of Spider-Man films,” according to the official announcement. Disney+ and Hulu will get a “significant number” of library titles on their streaming platforms, starting as early as June.

Earlier this week, James Gunn took to Twitter to tease the upcoming Guardians of the Galaxy holiday special. Gunn shared an image of the script, adding, “This is the wrapping. The present is inside.” Gunn went on to explain that the story would be set after the events of Thor: Love and Thunder but before the third Guardians of the Galaxy film. The upcoming holiday special is set to debut on Disney+ in 2022.

Quiz: find out your Shadow and Bone character

Amazon’s Lord of the Rings series is set to cost $465 million for just the first season. (Think of how many second breakfasts that could buy!)

💻 Code at Home Activity: This week’s activity stands up for Mother Nature by creating an environmental PSA for the #RestoreOurEarth campaign.

​Layers of the Earth with LEGO

Paper STEM Project for all of that recycled paper!

For You, the Librarian

“Prenatal classes at the library? The Pikes Peak Library District partnered with Nurse Family Partnership to offer a six-week series of prenatal classes, covering everything from birthing plans to early literacy. Join us to learn more about this unique partnership.”

Looking for additional ways to celebrate diversity in your library? Check out our free Diversity Toolkit!

Kelly Jensen created a database of upcoming diverse books that anyone can edit, and Nora Rawlins of Early Word is doing the same

5 Ways to Make the Most of Story Time

Let’s make the world a better place, together. Here’s somewhere to start: https://blacklivesmatters.carrd.co/ and anti-asianviolenceresources.carrd.co

I’m your local pandemic children’s librarian — how can I help?

CRANFORD – The Cranford Public Library, in collaboration with the Cranford Unity Project and Downtown Cranford, created a special “Story Walk” in February that focused on themes of race and friendship.

The event drew hundreds of “listeners,” including dozens of troops from the Girl Scouts of Cranford Service Unit 48. Story Walk participants visited different downtown locations and at each stop they learned a little more about the story which featured a tale of friendship that crossed racial divides.