I started working at the library when I was 16 as a page (aka “shelver,” at the branch where I work now, though I worked elsewhere in between).  In truth, I never left.  My aim, however, was not originally to be a librarian.  My first goal was to work as a writer or producer in television, which is totally NOT as dramatic as it sounds. 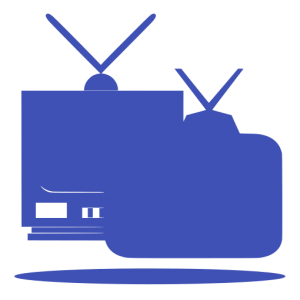 years…while still working as a page. (Again—TV?  Also not as lucrative as it sounds).  I eventually transitioned to

be a librarian, and I have always seen a through line in those two professions.  Both are about disseminating information, whether to entertain, educate, or inform.  The medium is just different.

I am, though, suddenly realizing that my background in television will help my career in children’s librarianship in a surprising way: by helping me frame my virtual programming videos.

I am by no means an expert, and, quite frankly, it has been 13 years, but if I can help in any way, here are a few tips.

You want to be well lit, but do not have the SOURCE of the lighting on camera.  Try to be lit from above or have your lighting BEHIND the camera.  A window or lamp behind or beside you in the shot will wreak havoc on your lighting.  Where I film myself, I have a large window to my side, and I must tilt away so that it is out of the camera shot.

I prefer horizontal to vertical filming.  It is more familiar to what we see in TV and movies, and it helps with…

If you are using a screened device to film, it is tempting to want to look at yourself onscreen.  Do not.  Find the camera pinhole and look there, otherwise you are looking off into space.

Wearing all white or all black can wash you out and/or make lighting difficult.  Bold colors look great on camera.  Be careful with prints.  Some small prints can appear to be undulating on camera (I am sure you have seen this occasionally on news programs).  Try them out onscreen beforehand.

Finally—give yourself a break.  When I worked in television, my guests were regularly convinced that they said “um,” and “like,” unbearable amounts of time, but 9 times out of 10 they were just fine onscreen.  When you are nervous, every slight deviation from the script seems to scream at you, but that is the way we talk normally.  It is never as bad as you fear.

So try to relax and have some fun with it!

This post addresses the core competency of VII. Professionalism and Professional Development.