Escape rooms have been around for a few years now, and many library systems were quick to adapt in having escape rooms as library programs within their branches. Many of these programs are designed for the older set – adults (ages 18 +) and teens (ages 12 – 18).  When I worked with my coworker, Hayley Burson, on our first escape room, we designed it specifically for teens because we had no idea that families with younger children (ages 5 – 11) would be interested as well.  Little did we know that many families of younger children and preteens would ask to participate, so in the future we designed in-branch escape rooms with a common theme with clues that could be changed for specific age groups. Sometimes the younger kids could even solve the clues for young adults faster than they teens could.

Fast forward to where families and library staff are now – stuck at home, but still taking part in programs, but virtually. There are a lot of storytimes for families, but what about something different?  When my library system closed, one of our teen librarians, Jessica Reid, came up with three different virtual escape rooms by using Google Forms.  Other library systems have jumped on this trend to share their own rooms, and some have compiled lists of rooms such as, the Pikes Peak Library District in Colorado. Virtual escape rooms have become so popular during the Covid19 crisis, that American Libraries magazine posted an article discussing the programs. Digital escape rooms can even be a way for school media specialists to reach out to their students; it could be an interactive way to reach students that haven’t been able to return to the media center during school closures.

So, what can youth services staff do to meet demand? We can create and research – there are a lot of virtual escape rooms already developed for younger children and preteens. Vandergrift Public Library has made a list of escape rooms from around the internet for families and all the rooms are free to access. Families can unlock the codes with Dr. Seuss  and The Smurfs via Escape Edventures, and preteens can escape a room based off Chris Van Allsburg’s book – Jumanji. Here are some more of my favorite digital escape rooms that I found: Minecraft by Laura Escamilla from Regency Park Library in Florida, Cinderella by Stefanie Reed from Henika District Library in Michigan,  Pete the Cat by Abington Free Library in Pennsylvania. There are so many more available that can be found with a simple search online.

If you are more interested in researching how to make a physical escape room for when your library opens, Rose Hopkins-LaRocco wrote a helpful article for ALSC last year about a Harry Potter escape room. She shares a helpful guide, tips, pictures, and more.

If you are interested in making your own digital escape room, there are a lot of free resources online, plus a lot of tutorials on YouTube. A lot of these resources cover public library and classroom settings.  I haven’t made a digital room for my system but have really enjoyed escaping rooms with my son. There is so much inspiration for these programs, it is hard not to get involved. Have you made a digital escape room for your library? Please share below. 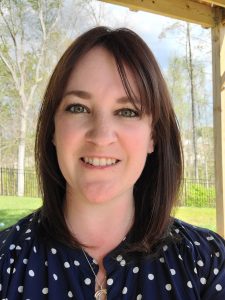 Today’s guest blogger is Maeve Dodds. Maeve is a children’s librarian at the University City Library Branch of the Charlotte Mecklenburg Library.