March is Women’s History Month, which means it’s crunch-time for finding the best storytime and display selections within your library’s collection. While there are a lot of great recommendations out there (check out the end of this post for a short list of other sites’ picks), here are 15 of my favorite picture books celebrating women: 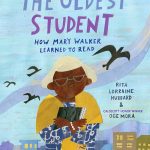 The perfect book to share with little ones just starting to read, The Oldest Student tells the story of Mary Walker, who learned to read at the age of 116. An inspirational story of perseverance and achievement in the face of seemingly insurmountable odds.

No librarian worth their salt could neglect to include Planting Stories, a beautifully-illustrated picture book biography of a queen of children’s librarianship, in this year’s Women’s History Month selection. 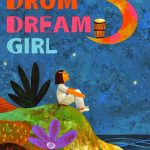 While not technically a biography, Drum Dream Girl is based partially on the childhood of Cuban musician Millo Castro Zaldarriaga, who helped break Cuba’s taboo against female drummers by showing what girls were capable of. And of course, you can’t go wrong with dream-team Engle and López, as they proved once again in 2019 with Dancing Hands.

A gorgeous picture book about a little-known artist, Art from Her Heart offers a look into Clementine Hunter’s life and artistic work. Beyond sharing her persistence and resourcefulness, Whitehead touches on details of racism and segregation throughout. 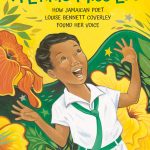 One of Kirkus Reviews most anticipated picture books of last year, A Likkle Miss Lou highlights the young life of Louise Bennett Coverely through lively, rich images and text.

One of the newer additions to the Little People, BIG DREAMS series, this title offers a young reader’s introduction to the life and accomplishments of Arab architect and “Queen of the curve” Zaha Hadid. 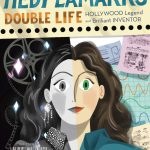 Even older readers familiar with the Hedy Lamarr of Hollywood fame may be surprised to learn about her passion for and contribution to the scientific community, which included a frequency-hopping system patented in 1942 but not put into use by the U.S. Navy until 20 years later.

Mae Among the Stars by Roda Ahmed, illus. by Stasia Burrington 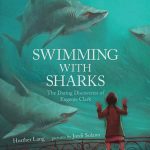 From Eugenie’s early love of aquatic life to her founding of the Cape Haze Marine Laboratory, this 2016 biography of the “Shark Lady” is a great book to share with budding oceanographers. It touches on issues of conservation as well as the discrimination Eugenie faced as a woman in a male-dominated field, though the prejudice she experienced as a Japanese-American is only mentioned in the author’s note.

Detail-rich illustrations accompany this account of Sue Hendrickson’s early years and career as an archaeologist and paleontologist. Young readers are sure to thrill at the promise of buried treasures – whether they be lost boats or dinosaurs.

The Girl Who Thought in Pictures: The Story of Dr. Temple Grandin by Julia Finley Mosca, illus. by Daniel Rieley 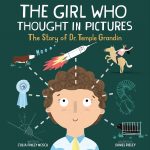 The first in a series meant to introduce young readers to remarkable women in the sciences, this lyrical account of Temple Grandin’s childhood and later contributions to the field of animal husbandry is one of my personal favorite picture book biographies.

While this title is definitely geared toward an older audience than most of the others on the list, its straightforward account of activist, social worker, and leader Wilma Mankiller’s life makes it an important addition. Rappaport seamlessly integrates direct quotes from Wilma’s autobiography, and Kukuk’s detailed watercolor illustrations provide a further feeling of closeness between characters and readers. 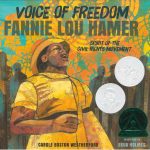 Told through a series of first-person free-verse poems, this biography of civil rights leader Fannie Lou Hamer shares the story of her tireless fight for equality. And unlike most biographies written for younger audiences, this one doesn’t shy away from the harsher realities of Hamer’s life, offering a perspective on racism and racial violence most children won’t be familiar with.

The Only Woman in the Photo: Frances Perkins & Her New Deal for America by Kathleen Krul, illus. by Alexandra Bye

A very recent release, The Only Woman in the Photo is a nice addition to the mix of picture book offerings on the market, as workers-rights advocate Frances Perkins is probably largely unknown to young readers. 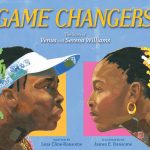 And for all the sports fans, who could neglect to include Venus and Serena in the lineup of March must-reads? This 2018 picture book biography takes a look at the sisters who have changed the game of tennis – and the way we view female athletes. While there are a lot of good books out there on the Williams sisters, this title by husband-and-wife duo Lesa and James Ransome stands out with its vibrant, inviting illustrations and straightforward text.

Looking for even more recommendations? Check out these great lists:

Huffpost: 17 Children’s Books to Read to Your Kids in Honor of Women’s History Month

And while you’re at it, be sure to check out these other fantastic Women’s History Month posts from ALSC:

Women’s History: A Universe of Stories

We Can Do It: Books for Women’s History Month