Last month, I highlighted twelve books readers who enjoyed Raina Telgemeier should read. This author is outrageously liked, but another equally popular series I can’t seem to keep on my shelf is the Dog Man series by Dav Pilkey.

Readers who like Dog Man are typically just starting in chapter books or are reluctant readers. They generally enjoy books that are fast-paced, funny, and have some illustrations. Usually, they have already read Captain Underpants, Diary of a Wimpy Kid, and Big Nate, and it is often difficult to find other books these young patrons will enjoy.

If you are running out of suggestions, this post is for you!

Here are twelve books for readers who enjoyed Dog  Man 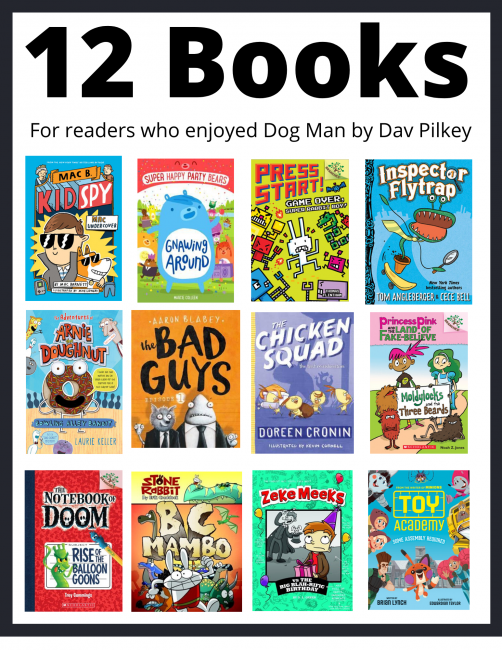 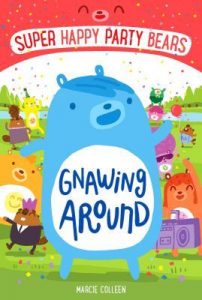 To the Super Happy Party Bears, everything is a good thing. Their entire attitude can be summed up in one word: YAY! They love doughnuts, dancing, and above all else—a good party. Not so for the rest of the animals living in the Grumpy Woods. They find the bears terribly annoying.

When a few beavers come to town, the Grumpy Woods are even grumpier than usual. These beavers are drying up their river with their dam . . . the beavers are ruining everything! They must leave—it is decreed!

Both funny and heartwarming this book is perfect for Dav Pilkey fans! 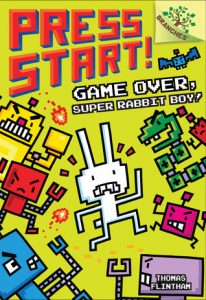 Uh-oh, Animal Town is in trouble! Meanie King Viking has created a dreaded robot army to spread No Fun across the land. On top of that, he has stolen the happiest and most fun animal ever, Singing Dog. There is only one person who can save the day — Super Rabbit Boy! Super Rabbit Boy is super fast and super brave, but he’s also a video game character living in a video game world. What will happen when Sunny, the boy playing the game, loses each level? Will it be game over for Super Rabbit Boy and all his friends? 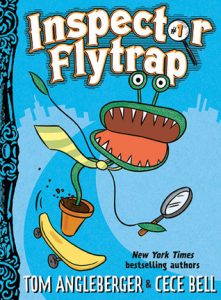 Inspector Flytrap in the Da Vinci Cold introduces kids to the humorous and wacky world of Inspector Flytrap’s Detective Agency, home to the world-renowned solver of BIG DEAL mysteries. The plant detective works tirelessly with his assistant Nina the Goat on his community’s unsolved cases. There’s no case too big, but there are definitely cases too small for this endearingly self-important plant detective.

Combining wacky humor and a silly cast of characters with adventure, friendship, and mystery, the powerhouse team of Tom Angleberger and Cece Bell have created a uniquely engaging series that is perfect for newly independent readers. 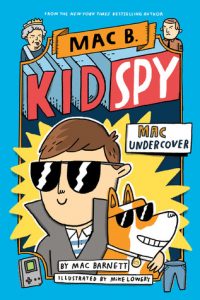 The precious Crown Jewels have been stolen, and there’s only one person who can help the Queen of England: her newest secret agent, Mac B. Mac travels around the globe in search of the stolen treasure…but will he find it in time? 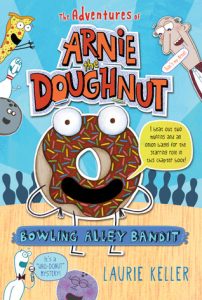 As Mr. Bing’s new pet “doughnut dog,” Arnie couldn’t be happier. When Mr. Bing joins a bowling league, Arnie gets to go along to practices and competitions. But then Mr. Bing starts rolling gutter balls. Someone or something is behind the madness. Arnie, together with his team of goofball friends, must sort through the shenanigans and solve the mystery. Get ready for some sleuthing and even some magic.

Full of Laurie Keller’s winning charm and silly humor, this chapter book—the first in the series—is sure to please her many fans. 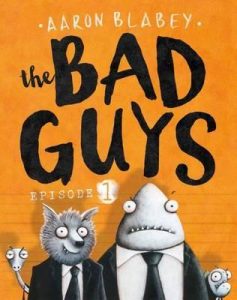 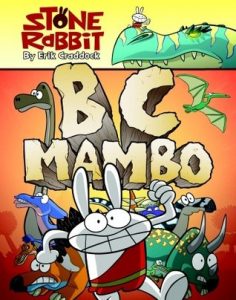 Stone Rabbit is a bored little bunny who lives a humdrum existence in the sleepy town of Happy Glades. But all that changes when he discovers a time portal of doom—right under his bathroom rug! Suddenly, Stone Rabbit finds himself on a Jurassic journey in a prehistoric world, facing off against vicious velociraptors, terrifying T. rexes, and a nefariousNeanderthal bent on world conquest. Will our hero be able to save the past and return to the present—or will he become extinct? 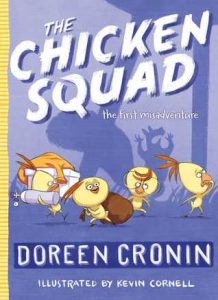 They’re darling. They’re daring. They know their shapes! They’re chicks on a mission, and on this, their first (mis)adventure, the Chicken Squad launches a galactic backyard expedition.

Meet the Chicken Squad: Dirt, Sugar, Poppy, and Sweetie. These chicks are not your typical barnyard puffs of fluff, and they are not about to spend their days pecking chicken feed and chasing bugs. No sir, they’re too busy solving mysteries and fighting crime.

So when Squirrel comes barreling into the chicken coop, the chicks know they’re about to get a case. But with his poor knowledge of shapes (“Big” is not a shape, Squirrel!) and utter fear of whatever it is that’s out there, the panicky Squirrel is NO HELP. Good thing these chicks are professionals.

But even professionals get worried. Especially once they see that round, shiny, green, BIG thing in the yard. What if it’s a UFO full of aliens who want chickens as pets? It’s up to the Chicken Squad to crack a case that just might be out of this world 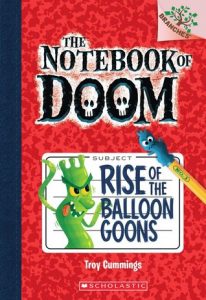 Alexander has just moved to a new town where he is about to uncover all sorts of monsters! He finds an old notebook with the word “DOOM” inscribed on the front cover. The Notebook of Doom, which Alexander now holds, contains top secret information about monsters! In this first book, Alexander goes up against spooky balloon goons–unique and twisted arm-waving balloon guys! This book is full of humor, engaging black-and-white illustrations, and of course . . . monsters! 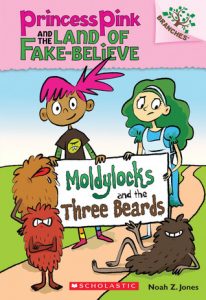 In the Land of Fake Believe, Princess meets a strange girl named Moldylocks. When Princess’s stomach grumbles, Moldylocks takes her to the home of the Three Beards. The girls sit in their chairs, eat their chili, and jump on their beds. The Three Beards are not happy when they get home–and they are very, very hungry! Will Moldylocks and Princess go into the chili pot? 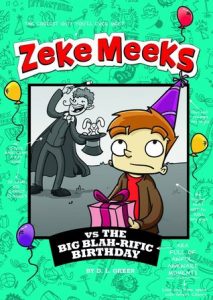 When Zeke’s birthday party falls near Grace Chang’s and Owen Leech’s big bashes, he decides to cancel his party. After all, even he would rather go to their over-the-top parties than his simple celebration. But Zeke and his classmates are in for a surprise. Bigger doesn’t always mean better. Part of a series, each book is filled with hilarious fun and surprises. 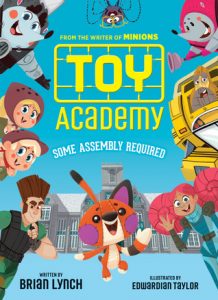 Welcome to Toy Academy: where toys learn to play. This is where action figures train to battle, stuffed animals study the art of the hug, and collectibles practice standing very, very still.

Though Grumbolt isn’t really any of those things, he’s determined to fit in. But when the Evil Toy Academy threatens to bring down his school, it’s up to Grumbolt to go where no good toy has gone before and prove he’s truly a great toy after all.

This laugh-out-loud chapter book by Brian Lynch, the writer of Minions and a writer of The Secret Life of Pets, is a classic in the making.

Need more? Readers might also try Max and the Midknights by Lincoln Peirce,  Garfield comics by Jim Davis,  Hilo book series by Judd Winick, Unicorn Rescue Society by Adam Gidwitz, The Last Kids on Earth by Max Brailler, A Not-So-Impossible Tale series by Philip Reeve, How to Train Your Dragon by Cressida Cowell, and Meanwhile by Jason Shiga.