Education professor Dr. Frances Carlson coined the term “big body play” to describe the boisterous and physical kind of play engaged in by children.  Whereas fighting is a display of frustration, BBP is a display of joy with the intent of having fun.  BBP can occur alone or with friends, in a structured or unstructured format, with objects (such as balls) or by simply using one’s body. 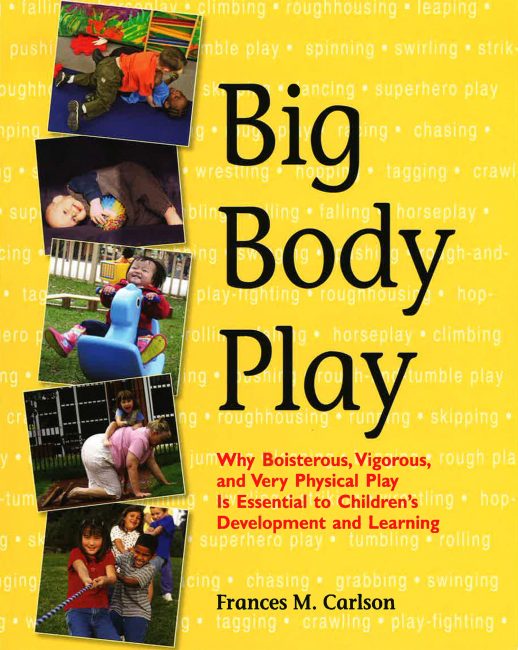 BBP encompasses all forms of play that use large, whole body movements such as jumping, skimping, running, rolling, and climbing.  As children spend more time sitting and immobile than previous generations (Active Living Research, 2014), with shorter recess times, educators, caregivers, and librarians have the opportunity to support physical activity through play-based programs and activities.

Not all libraries have the same physical space to support big body play, so I’ve made a round up of different library programs that support BBP with varying levels of resources.  I hope these inspire you to try more energetic, whole body activities! Feel free to leave a comment with your own ideas for supporting movement in the library!

There are many variations on the “water party” program. The LP Fisher Public Library in Canada hosted a water party with outdoor games, a water balloon toss, and an old fashioned water balloon fight. You can read about their program here.  The Jaffrey Public Library in New Hampshire paired up with their local Fire Department to use their hoses.  These kinds of water programs allow for running, jumping, swirling, and all kinds of high energy movement! 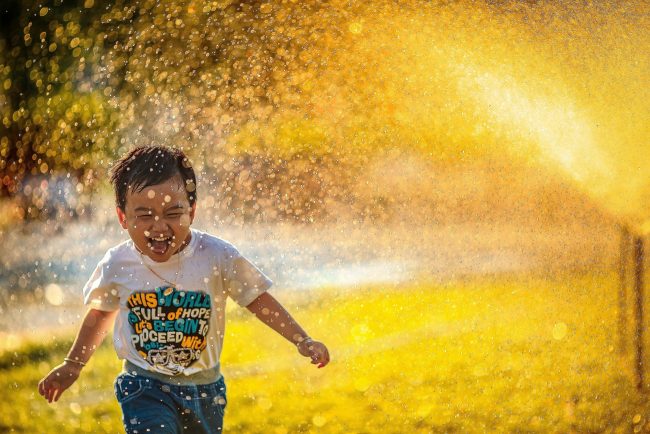 Anji play is an educational philosophy from China promoting creativity and risk taking through play. The Madison Public Library partnered with educators from Anji, China to adapt their approach to play to a library setting. Over the summer, they host a series of outdoor programs in local parks called “Wild Rumpus: An Anji Play Experience.”  Children can play with large wooden blocks, ladders, inner tubes, and other objects that promote heavy lifting, moving, and pulling.  Youth Services Librarian Carissa Christner has detailed her experience with Anji play for the ALSC Blog and on the MPL Blog.

Big Blue Blocks are a super-sized set of blocks perfect for playgrounds, gyms, and…libraries! Several libraries have sets they use for open-ended, indoor play programs. With these blocks, children can stack, stretch, and climb.

There are so many different ways to host dance parties! Glow in the Dark Dance parties, Toddler Dance parties, 80s Dance Party, Dinosaur Dance Party… The Burlingame Public Library even had a superhero dance party!  Dancing allows kids to make large movements and move their bodies in extravagant ways.

In her book Big Body Play, Dr. Carlson lists ways to pair favorite nursery rhymes with large movements. You will have your storytime kids crawling, rolling, and jumping in no time!

Here is her adaptation of the Eensy Weensy Spider (from p. 84) and Two Little Blackbirds (from p. 86):

The eensy weensy spider crawled up the water spout.

(Children crawl across the floor.)

Down came the rain and washed the spider out.

(Children roll back across the floor in the opposite direction.)

Up came the sun and dried out all the rain.

(Children wave arms and legs back and forth vigorously while lying on their backs.)

And the eensy weensy spider crawled up the spout again.

(Children crawl across the floor.)

Many little blackbirds sitting on a hill

(Children squat down and then bounce up and down)

(Some of the children jump up)

And some named Jill

(The rest of the children jump up)

(Some of the children run around, flapping their arms in a flying motion)

(The rest of the children run around, flapping their arms in a flying motion)

(Some of the children run back to the teacher)

(The rest of the children run back to the teacher)

How do you integrate large movements into your programs? Let us know in the comments below!