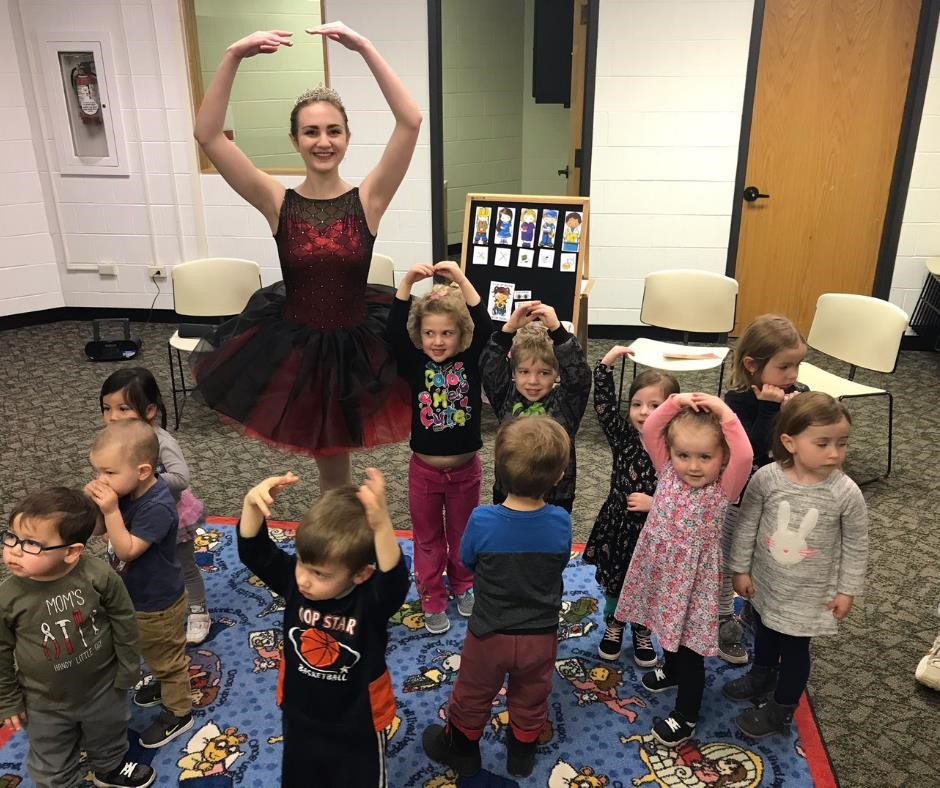 This year’s National Library Week theme was Libraries = Strong Communities. As part of our celebrations my library hosted a week of Community Helper Storytimes. My coworker and I planned the five day event. 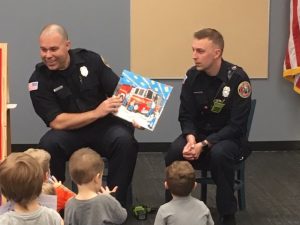 We invited mystery guests to visit the library and read to the children each day of the week, Monday to Friday. Each day featured a different community helper. Our visitors were really varied from traveling animal ambassadors from the local petting zoo (and their zookeeper), a police officer, a dental hygienist, to firefighters and a ballerina. We contacted and scheduled them approximately two months in advance. Since we requested that they each read a book to the children, we pulled a selection of appropriate titles for them to choose between, and had those ready for their review two weeks before the storytime. 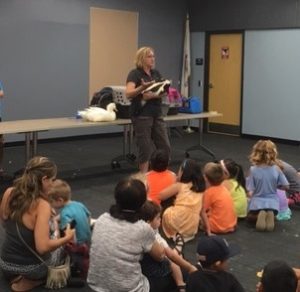 The traveling animal ambassadors program was structured a little differently from the rest of the storytimes, because the animals were the primary focus of the program. The zookeeper explained the responsibilities of her job, but the animals were the stars. Children and their grown ups were able to see and meet the animals up close and personal.

Ballerinas, Firefighters, and Animals: Oh, My!

The other four storytimes all followed the same format. We opened with a flannel board game called Little Cat. Little Cat would hide under one of five different hats each day. The hats were headgear for a variety of different occupations. The kids had to help us to identify the hats and figure out where Little Cat was.
The game was followed by the librarian (either me or Miss Jenni) reading two books about the mystery guest’s occupation and leading the group in two action songs, also related to the mystery job.
After every segment, we would ask the children if they could guess who our mystery visitor would be that day. Some guessed immediately, others still weren’t sure even after the guests were introduced.

Each guest was brought into the room and introduced to the audience. They then shared a book, talked about a typical day at work, and then answered any questions the kids or their grown ups had.

After the storytime itself was over, we had several crafts and activities each day. These included community helper puzzles, worksheets, crafts, hats, and coloring. The craft and activities were developed by our Early Literacy Educator, Jenni Storm. 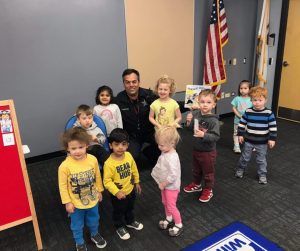 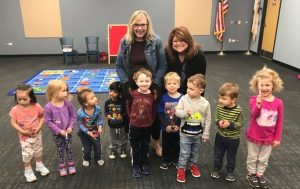 To advertise the week long series, we created posters that provided clues as to the next day’s mystery guest.

Storytime handouts featured a coloring page, printing practice sheet, a list of the books and songs used in the storytime, and a thank you to the community helper.

Did your library do anything to celebrate this year’s National Library Week theme? Or have you held Community Helper events?

Share your successes or lessons learned with the rest of us. We’d love to hear your input.