Did you know February 26th is National Tell a Fairy Tale Day? Don’t be embarrassed if you didn’t; fairy tales are my favorite, and even I wasn’t aware until very recently.

In fact, my love of fairy tales dates back to long before I became a librarian. It turns out such love isn’t uncommon among children; a recent Brightly article includes quite a bit of anecdotal evidence attesting to children’s passion for magic, escapism, even the “twisted and bizarre,” while this ALSC post from 2015 highlights the universality of these stories.

Beyond this love lies an entire world of literacy development. Fairy tales – with their well-known tropes and clearly defined structures, as well as their varied retellings – offer children the opportunity to strengthen reading comprehension and writing skills while having fun.

One of my favorite fairy tale-themed programs, for instance, combines storytime and dramatic play into an improvisational reader’s theater I call “Acting Out.” I start by reading multiple versions of the same story to participants (usually children ranging in age from 4-8 years old, accompanied by their caregivers). I then ask the children to tell me what similarities and differences they noticed in the versions we read: Were the same characters present? How did the characters behave? How did each story end? Using either a whiteboard or large sheet of paper to record their comments is especially helpful, as it not only makes it easier to remember everything for the next segment of the program but also allows the children to connect spoken and written language.

Once we’ve talked about the stories, it’s time to act it out! I allow the children to choose characters they’d like to play (depending on the number of characters, we might draw in caregivers as well) and give them craft supplies to quickly assemble “costumes” – construction paper masks, paper bag puppets, etc. Then, we put on a production: I play the role of the narrator, prompting children to decide what happens along the way in our version of the story. 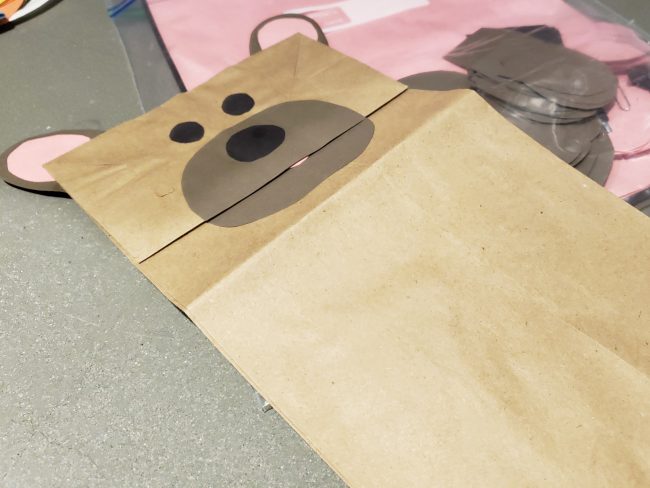 In another program, I present a fairy tale using craft stick puppets. I then show the children a series of tales they may or may not recognize (ranging from The Three Little Pigs to Why the Sun and the Moon Live in the Sky) in picture book form before directing them to select a story and head over to a craft table, where they can create their own puppets. Children who aren’t familiar with any of the available tales can either ask their caregiver to read one to them or invent a story. If enough time is left at the end of the program, interested children can share their puppets with the group by telling their story. 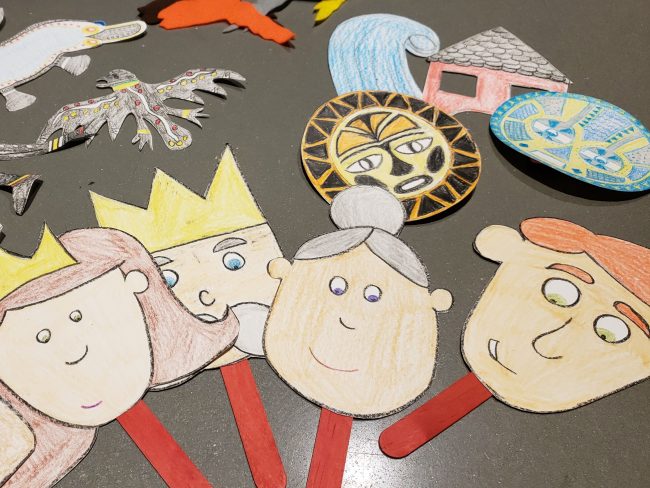 I’ve even incorporated fairy tales into tech programming. (Did I mention I love fairy tales?) For this program, I created coding “grids” on sheets of poster board using painter’s tape. I then printed images of fairy tale characters from three different stories (Little Red Riding Hood, Goldilocks and the Three Bears, and Hansel and Gretel) and glued them to cardboard to make game pieces. Once that was done, I set up obstacles across the grids and established clear “goals” for the various characters. 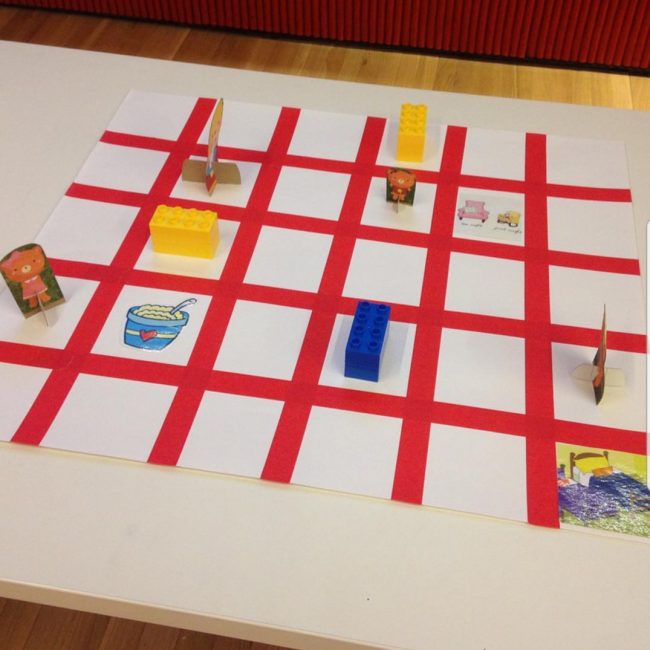 I then allowed children to code for the characters on the board, using sticky notes in multiple colors to denote different directional cues. Beginner participants were placed on the Hansel and Gretel board and worked together to code their way out of the forest. More experienced coders were placed on Goldilocks (who had to make stops at porridge, chair, and bed) or Red Riding Hood (where one child coded for Red and another simultaneously for the wolf).

So this Tell a Fairy Tale Day, show off your librarian expertise by planning your own once upon a time-inspired program. Don’t have the time or resources for the ideas I’ve shared? Check out some of the following resources for storytime and reader’s advisory recommendations:

–Best Classic Fairy Tale Picture Books (What Do We Do All Day?)