Hufflepuffs are often overlooked as a house. When being sorted into houses, not many people jump up and down and wish they were a Hufflepuff, but they should! These houses possess some of the best characteristics of the other houses. They are brave, fair, kind, loyal, patient, hardworking, and tolerant. They are also very intelligent. Let us not forget Newton Scamander the Magizoologist and author of the book Fantastic Beasts and Where to Find Them was a Hufflepuff. Unlike other houses, Hufflepuffs are just very modest about their accomplishments.

When it comes to reading, Hufflepuffs prefer book characters with the same traits. Since they are so tolerant, they aren’t tied down to one genre and are open to trying new things.

If you get them started on a series, they loyally finish it till the end and stand by its according fandom. Hufflepuffs will read just about anything but they are drawn to books about animals and books that spotlight kindness and empathy.

Here are a few of my favorite books for my Hufflepuff tween friends :

Flora and Ulysses by Kate Dicamillo 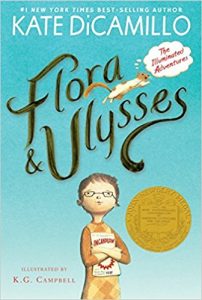 Twelve-year-old Flora feels neglected by her mom. Her mother writes romance novels for a living, and Flora coups by being a cynic and loving comic books. One day, Flora witnesses one of her neighbors sucking up a squirrel with a vacuum cleaner. Flora saves the squirrel and names him, Ulysses. She is relieved that he survived and she soon discovers that he has superpowers too!

Flora’s mother (who doesn’t know he is super) wants to get rid of Ulysses. Flora must fight to save Ulysses from her mother while also learning to love and forgive.

Why Hufflepuffs will like it: Hufflepuffs are loving and accepting of all…including squirrels! They will enjoy this corky story about love, animals, and superpowers.

My Life is a Zoo series by Jess Keating 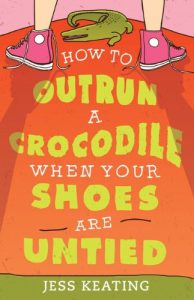 Middle school is tough, but it is even more difficult for seventh-grader Ana Write. Not only was she named after an anaconda (Ana), but her best friend moved across the world. To make things worse, her parents have moved her to a real-life zoo! She works to fade in the background, but she has an upcoming presentation at her parent’s zoo that thrusts her into the spotlight. Ana must now own her skills and knowledge and show the world who she is.

Why Hufflepuffs will like it: Most Hufflepuffs would jump at the chance to live at a zoo! Hufflepuffs will love this book’s setting and the true animal facts sprinkled throughout the book. If that is not enough, they will also connect with Ana’s humble nature and bravery as she steps into the spotlight.

In a world of dragons, seven dragon tribes have been at war for generations. A secret movement known as the Talons of Peace is determined to end the war.  They know that the war could be ended if the dragons can find another queen. They enlist five dragonettes against their will and hide them away in a cave.

This series follows these young dragons. Each book is from a new perspective from one of the chosen five as they try to end the war and fulfill the prophecy.

Why Hufflepuffs will like it: Fantasy creatures?! Hufflepuffs are the dragon masters and will be drawn to this series topic and the fact that this series is from a dragon perspective. Furthermore, they will also appreciate that each book is from a new perspective which helps to showcase each dragon’s loyalty for each other. 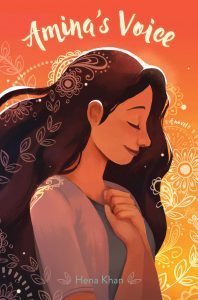 Amina’s world is becoming more complicated than she ever thought possible. Her best friend, Soojin, is spending time with a girl who used to make fun of her in elementary school, her strict uncle from Pakistan doesn’t think Amina should study music, and her beloved mosque is vandalized beyond recognition. In the middle of this, Amina mus

t find her voice to find her place in the world.

Why Hufflepuffs will like it: Hufflepuffs are so humble that sometimes they don’t always showcase their talents. This book will speak directly to those Hufflepuffs struggling with this! 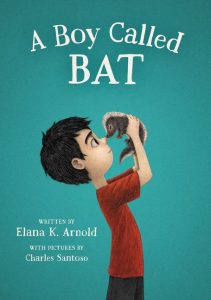 Bixby, or Bat for short, sees the world a little differently than other people. When his veterinarian mother brings home a baby skunk, Bat, of course, wants to keep it! He names it Thor and he knows he was meant to care for it. Thor gives Bat a chance to concentrate on something he loves, instead of worrying about tough situations at school, or “every other Fridays” with his father. Even though his mom doesn’t want to keep Thor, Bat is determined to prove to his mother that Thor belongs with him by aiming to be the best caretaker possible.

Why Hufflepuffs will like it: Hufflepuffs can love and appreciate even the most unlovable animal. Their natural empathy will have them rooting for Bat and turning the pages into the night.

Insignificant Events in the Life of a Cactus by Dusti Bowling 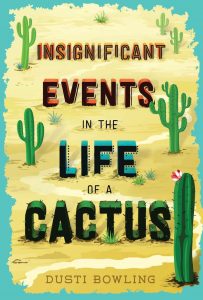 Aven is not too happy that her parents are moving the family from Kansas to Arizona, where they have gotten jobs running Stagecoach Pass, a rundown Western theme park. Aven is especially not excited because making new friends is a bit of a challenge for her because she doesn’t have any arms. Thankfully she overcomes this when she meets Conner. Conner has Tourette’s Syndrome and the two quickly bond. As they spend more time together at the Stagecoach Pass, they uncover a mystery. Now the two must try to solve it and learn that their disabilities give them the ability to look at things a little differently.

Why Hufflepuffs will like it: if Aven could be a Hufflepuff, she would be! Her character is brave, kind, loyal, patient, hardworking, and tolerant. Hufflepuffs will enjoy reading this book because they can easily connect to the character.

Need More for a display?

Teen readers might enjoy: I Believe in a Thing Called Love by Maurene Goo, Eliza and Her Monsters by Francesca Zappia, The Giver by Louis Lowry, The Upside of Unrequited by Becky Albertalli, The Lumberjanes by Noelle Stevenson, and The Princess Bride by William Goldman

This concludes my series on Harry Potter books for every house!

Here is a collection of posters for this reading list:

As we get ready to close this year, what types of Harry Potter programs are you doing to celebrate the anniversary?  Let me know in the comments below.