For those of you who are regular ALSC blog readers, this post may seem a bit like déjà vu. After all, didn’t you just read something about diverse book recommendations last month? Well, you’re right – you did. Author/illustrator Melissa Iwai stopped by the 53rd Street Library in February to share some of her favorite diverse picture books, and I shared her list in my last post. But representation matters all the time, and so often children can’t find themselves on library shelves chock full of books featuring white, non-disabled children – and animals, of course. It’s important we know and have available books representing every child who might come into our library as well as the children they’re likely to meet.

So earlier this week, illustrator Isabel Roxas came to 53rd Street Library for our April installment of Let’s Talk About Diversity. Born in Manila, Philippines, Isabel has illustrated books in the Philippines and U.S, including such well-received titles as Day at the Market (May Tobias-Papa) and Let Me Finish! (Minh Lê). Isabel looks at diversity not as simply an issue of representation but as the very approach we take to telling stories, the themes we share, and the way we think about books: “Some books… don’t follow the typical American story arc. It’s a different sensibility. And I kind of love that.”

Isabel provided a quite extensive list of titles for her talk, including books published in the Philippines. For the sake of space, I’ve selected 10 titles (in rough order of publication date) to share here. Descriptions are an amalgamation of my thoughts and Isabel’s words. 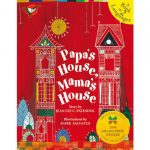 In this story about separated parents, told from the perspective of a child, Patindol shows the reader that whether one home or two, children raised with love are all the same. Patindol was inspired to write this book after her own separation; neighbors asked her son about being part of a “broken home,” and Patindol realized the importance of telling such stories. 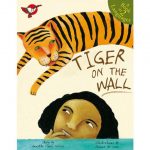 Tiger on the Wall by Annette Flores Garcia, illus. by Joanne de Leon (2004)

Where others see an ink stain or grease, one young girl knows a tiger exists – a tiger who is her dear friend. But as the girl grows into a woman, she can no longer see the tiger on the wall. 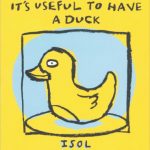 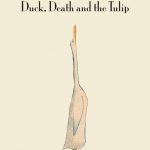 Duck and Death meet one day by the pond. At first, Death makes Duck very nervous, but over time they become good friends. A moving look at death shared in the simplest terms and with minimalistic yet expressive illustrations. 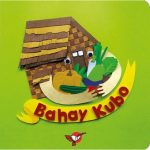 Taking the words of a well-loved Filipino children’s song and delivering them in board book form, Bahay Kubo’s simple yet playful papercut illustrations make this a popular Filipino children’s title. Literally translated, “bahay kubo” is cubed house; however, many translate the song title as Nipa Hut, after the nipa palm used to construct the roofs of these stilt houses indigenous to the Philippines. 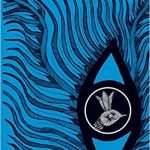 I Saw a Peacock with a Fiery Tale illus. by Ramsingh Urveti (2012)

Gond tribal artist Ramsingh Urveti and book designer Jonathan Yamakami took a well-known folk poem from 17th century England and turned it into a beautiful piece of art with this book for children of all ages. A form of trick verse, I Saw a Peacock with a Fiery Tail at first seems to describe a fantasy world – but once breaks are inserted in the middle of each line, the true meaning of the poem takes shape. 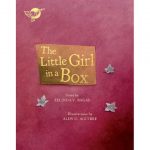 A story about a young homeless girl who is brought in by nuns and eventually adopted into a family. In Isabel’s words, “Most [Filipino] books skew older, so that’s why we’re able to handle darker themes.” 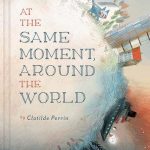 At the Same Moment, Around the World by Clotilde Perrin (2014)

At the same moment, around the world, babies are being born, couples are kissing goodnight, and children are playing on the beach. An artistic look at time zones all across the globe. 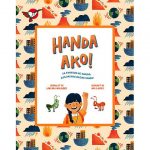 A practical guide to preparing for any emergency, Handa Ako! – which translates to I’m Ready! – is an interesting look into the differences between children’s publishing in the Philippines, where natural disasters are extremely common, and the U.S.  Even if you don’t think you need to know what supplies to include in your emergency bag, check this title out for the amazing graphics – Mia Lagos makes disaster preparedness look fun! 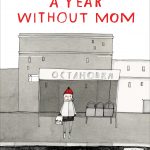 A Year Without Mom by Dasha Tolstikova (2015)

While not a picture book, this fully illustrated autobiographical account of 12-year-old Dasha’s experience living in Russia without her mother is a moving look at separation, loneliness, and the search for identity in an ever-changing environment.

If you would be interested in Isabel’s complete title list, or lists from other events in the Let’s Talk About Diversity series, feel free to email me at kaitlinfrick@nypl.org.

Today’s guest post was written by Kaitlin Frick. Kaitlin is a Senior Children’s Librarian with the 53rd Street branch of the New York Public Library. Aside from her regular programming, Kaitlin plans and implements a twice-yearly after-hours family event as well as a monthly author program focused on booktalking diverse titles for children and teens. She can be found on Twitter @UnheardMelodies or reached via email at kaitlinfrick@nypl.org.

Please note that as a guest post, the views expressed here do not represent the official position of ALA or ALSC