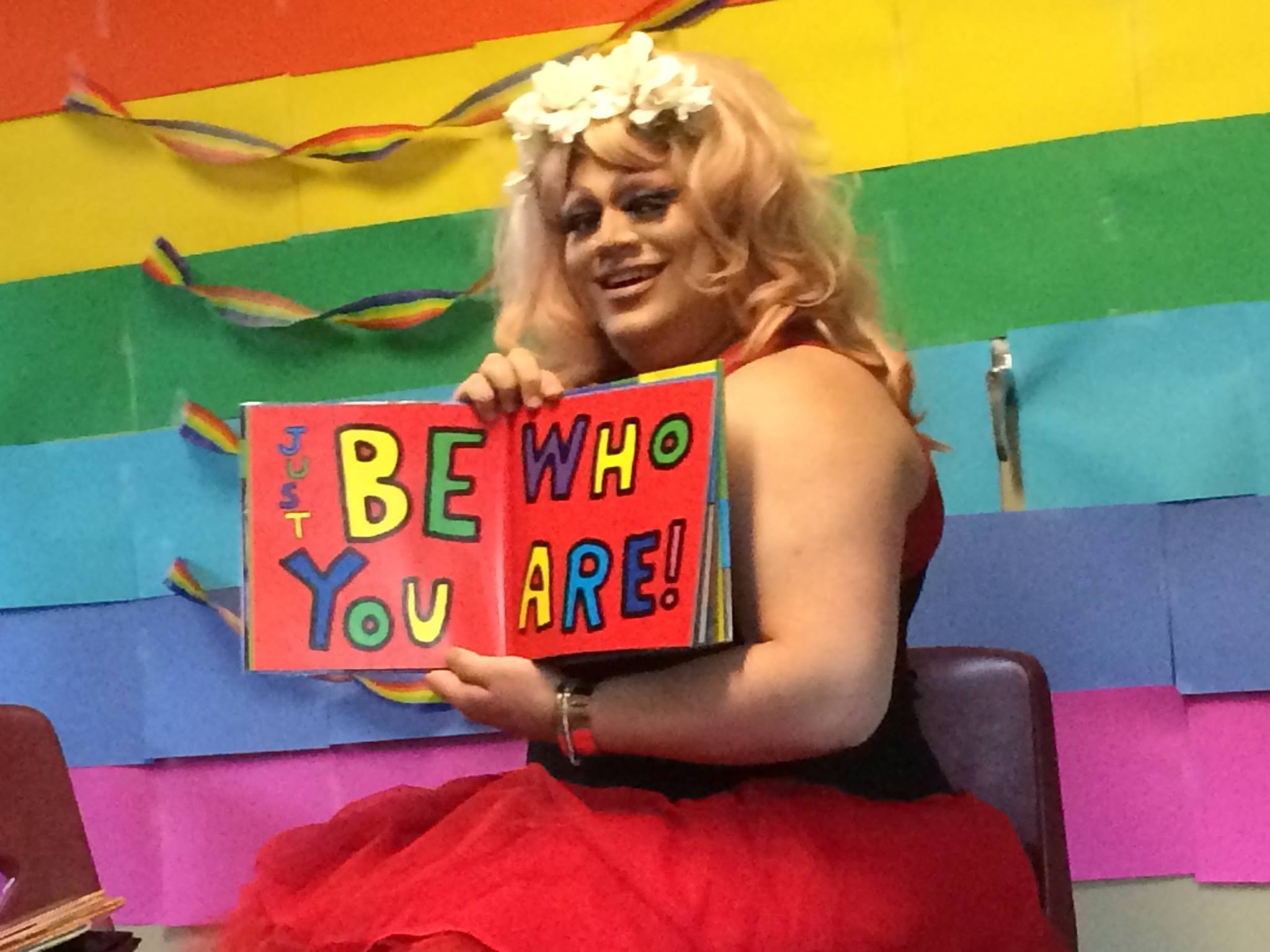 Drag Queen Story Hour (DQSH) was created in San Francisco, CA by Michelle Tea and RADAR Productions.  It has since expanded to New York, Los Angeles, Philadelphia and a multitude of other cities. Libraries all over the country are embracing this program with open arms! DQSH is a delightful celebration of diversity and gender fluidity. It gives children and their families and caregivers positive role models who break gender stereotypes, and encourage children to be exactly who they want to be.

Check out below to see what three librarians think about bringing the program to their libraries, and to see a few photos!

From the New York Public Library, Early Literacy Coordinator, Eva Shapiro, says “Drag Queen Story Hour is a wonderful addition to the New York Public Library’s early literacy programming. This inclusive program, conducted by Harmonica Sunbeam, celebrates both diversity and positivity in the form of an engaging and developmentally responsive story hour. She captures the attention of her audience and is able to hold it by providing opportunities for interactivity, music and movement.”

From the Philadelphia Free Library, Children’s Librarian at the Queen Memorial Library, Liz Gardiner, says “Philadelphia’s Queen Memorial Library received an overwhelming positive response from our community surrounding Drag Queen Storytime. The program attracted the largest crowd of individual families that we’ve ever had at a storytime. It also garnered the greatest amount of attention on facebook of any event up to that point (folks who indicated interest on the event listing, or “liked” the images posted after). Navayah Shay, our drag queen, sported a sky-high blonde braided wig and wore an Elsa dress that was entirely handmade! We alternated between the two of us in our reading, sharing “It’s Okay to be Different” by Todd Parr, “Red: A Crayon’s Story” by Michael Hall, “I am Jazz” by Jessica Herthl, and “Worm Loves Worm” by JJ Austrian.”

Concerned about how your community may react?

Tuesday Chalmers from the Ogontz/David Cohen branch of the Philadelphia Free Library says, “Drag Queen Storytime was [a] very nice event here at Ogontz. I am hoping to get Ari when I transfer to Lillian Marrero Branch in the Fall. He was so great and that (Lillian Marrero) is actually the neighborhood that he grew up in. He enjoyed reading Be Who You Are by Todd Parr and Goldilocks and the Three Dinosaurs by Mo Willems. To prepare our after-school crowd, we hosted Attic Youth center to talk to preteens and teens earlier in June. They were able to ask questions and learn about the culture beforehand, so it wasn’t a total culture shock to our patrons.”

Have you hosted a DQSH event at your library? Share your experiences in the comments!