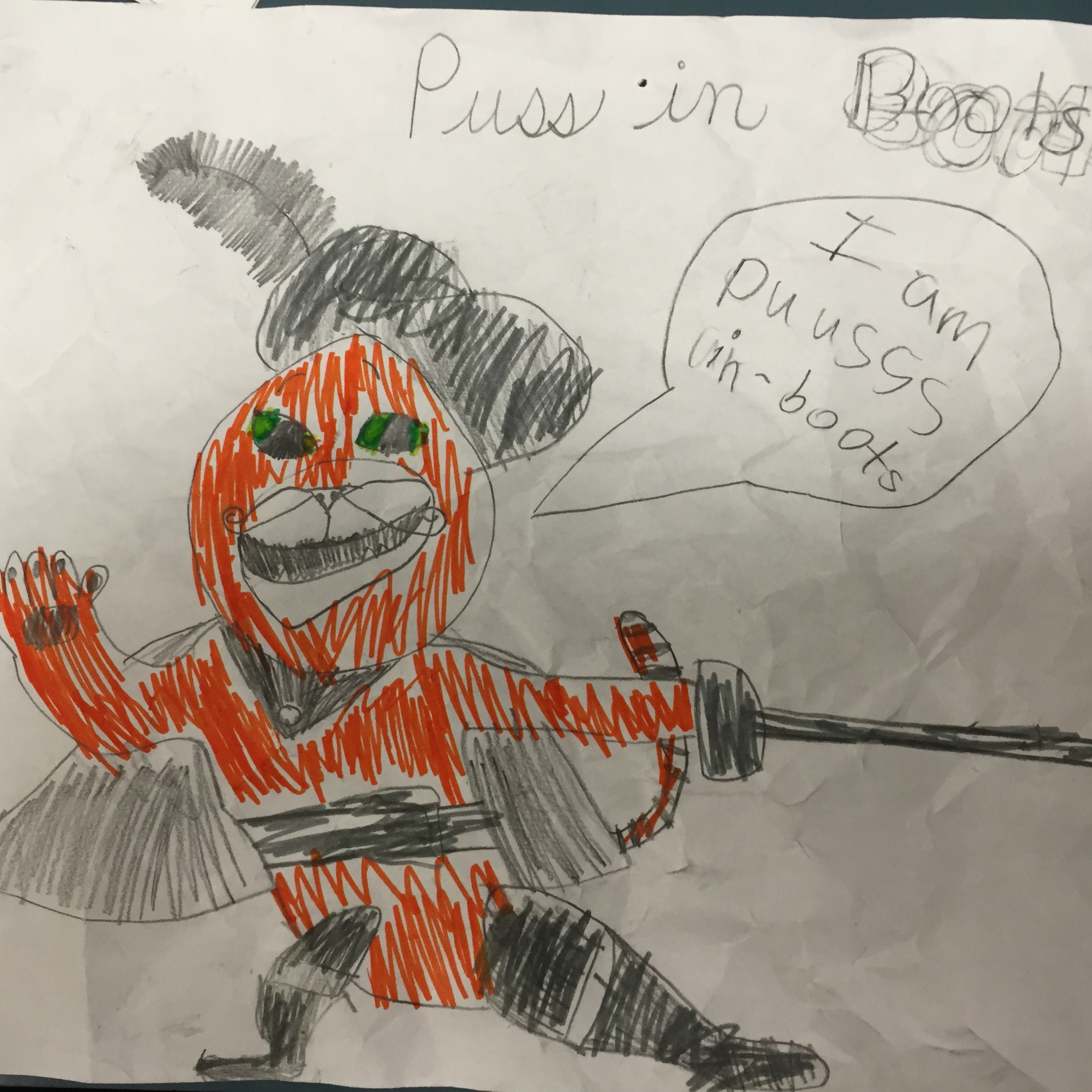 Stories Come to Life on the Big Screen

My grandmother’s first paying gig as a musician was at the local movie theater. Back in the days of silent films, soundtracks were performed and composed live during each showing. My grandmother’s job was to watch the movie and play the organ. She improvised and played whatever type of music she thought would best illustrate the action in the movie. For my grandmother, watching movies was an extremely interactive activity. She had to pay close attention to what was happening on the screen in order to play music that would help convey the right mood. My grandmother actually became part of the movie. 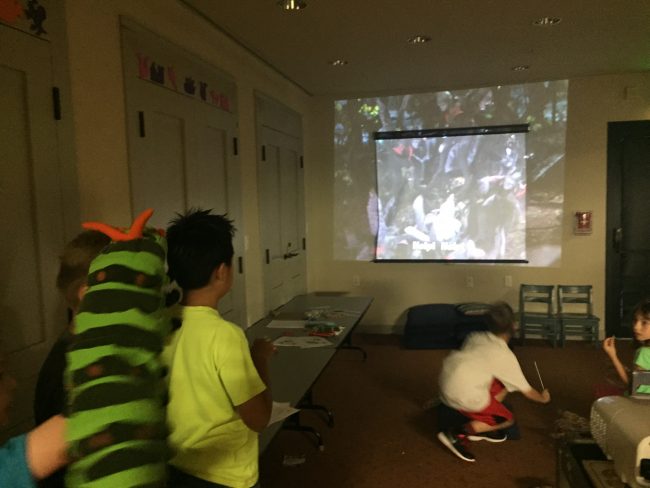 We encourage children to become part of the movie during our library’s weekly movie programs. Our weekly “Pajama Story and Movie Time” is designed for preschoolers and early elementary school age children and their families. For this program, we only show movies that are based on books.  First we read the books, and then show the movie version of the books. Without any prompting, when it’s movie time, the children take the books and read along, sometimes pointing out differences to their parents.

I don’t know who came up with the original idea, but our interactive Wizard of Oz movie program was so popular that we repeated the program the following season. Each child was given a goodie bag which contained a dog stick puppet, bubbles, yellow ribbons, and toy monkeys.  Each child also received a sheet of simple instructions for what to do with the goodies. For example, children were instructed to blow bubbles whenever they saw Glinda the Good Witch and wave their yellow ribbons when they saw the yellow brick road.

We offered a similar program for middle schoolers to interact with the movie, Monster House. We set out supplies for participants to make scary shadow puppets to wave throughout the movie.

We also have a weekly Friday afterschool movie for middle schoolers.  After each program the kids vote on which movie to show the following week.  One 7th grader told me that she likes watching movies on the big screen at the library better than watching television at home. She said that when she watches television shows at home, she texts her friends about the show at the same time. She told me that she doesn’t need to use her phone when she watches movies at the library because her friends are right next to her and they can just “talk for real.”

Here are some ways to make movie watching an active rather than a passive experience:

*Turn on the subtitles.

“Research has shown that using subtitles can be especially effective with children who are beginning, struggling, or reluctant readers. Subtitles engage them to see, hear, and experience the story at the same time, engaging all their senses in a way that helps to simultaneously improve their comprehension while enhancing their vocabulary.” –Weston Woods

*Use a projector rather than a flat screen television.

The projection of the movie across a dark room engulfs the audience in a beam of light. It’s a magical experience. A projector is also necessary for incorporating shadow puppets. 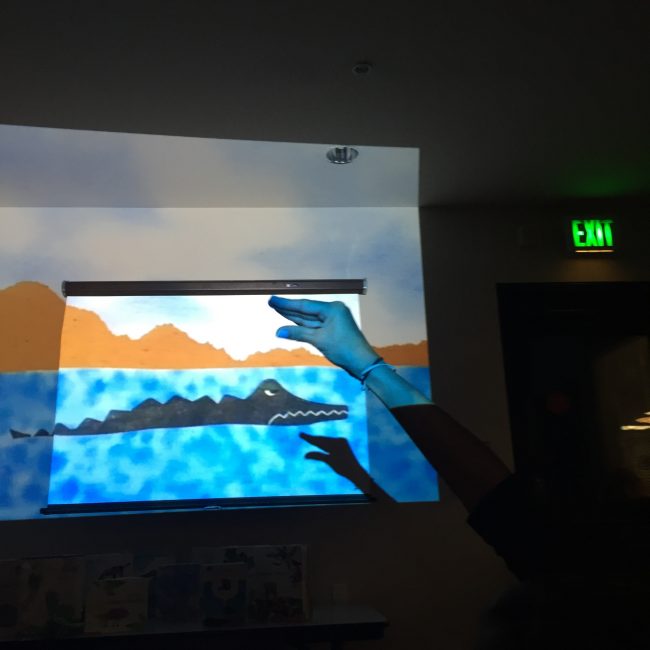 *Make sure you have public performance rights.

Find out if your library subscribes to a licensing service such as Movie Licensing USA. Even though we do not charge admission, it is illegal to show movies in a public library without permission. It does not matter whether or not you advertise the movie title. You still must have permission to show the movie.

We set out clipboards, drawing and construction paper, drawing pencils, markers, scissors, straws for making shadow puppets, and coloring sheets based on the movies.

A couple of the middle schoolers sketch and color while watching movies. One first grader used the blank side of her coloring sheet to draw an illustration of Puss in Boots. 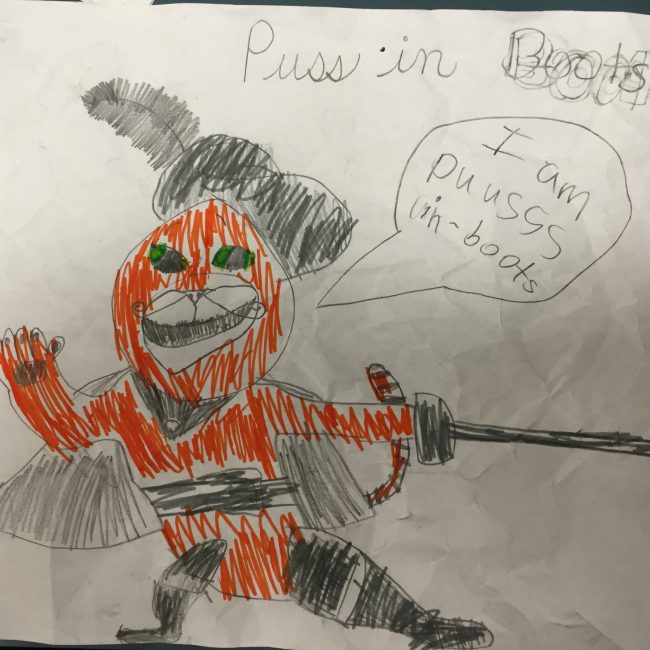 *Encourage children to make their own movies.

I observed a few 6th grade boys making up a puppet play and filming it with an iPhone.

How do you incorporate movies into your children’s and tweens’ programming? Let us know in the comments below.

Our guest blogger today is Rebecca Scotka. Rebecca is the Children’s and Young Adult Librarian at the East Lyme Public  Library in Connecticut. She can be reached at rscotka@ely.lioninc.org.