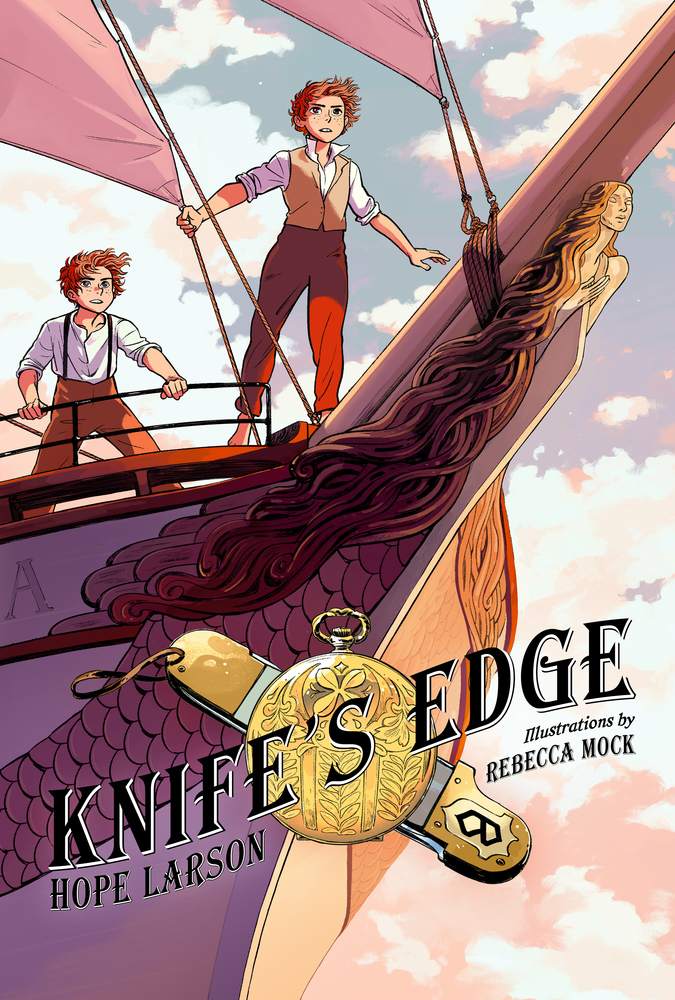 2016 has been a stellar year for comics and graphic novels for kids! So many great new titles were published and there are, of course, some great new books hitting the shelves next year too. We have plenty to look forward to in 2017 with some highly anticipated sequels being published and some extra cool single issues being released on Free Comic Book Day!

A favorite of mine this year, which also has been a hit with the kids at my library, is the sibling adventure story of Compass South by Hope Larson, illustrated by Rebecca Mock. Larson, recipient of a two Eisner Awards , and Mock will return in 2017 with what is sure to be another thrilling read, Knife’s Edge, the second book in the Four Points series. This book is slated to come out the summer of 2017, making this an awesome graphic novel to share with your summer readers as the twins continue their seafaring escapades after being reunited with their father.

Another great series launched in 2016 with the release of The Nameless City by Faith Erin Hicks. The second book in the series, Stone Heart, which will be out in the spring of 2017, will pick up with the aftermath of the assassination attempt on the General of All Blades and is sure to provide more smart, thrilling twists and turns.

The Phoebe and Her Unicorn series by Dana Simpson has a solid following of readers at my library, including myself, thanks to the many laugh out loud moments found throughout these fun graphic novels. Coming out in the spring of 2017 will be the latest book in the series, Unicorn Crossing, the fifth volume in this great series.

I’ll be partnering with our teen librarian to host a day of comic book awesomeness at the library to celebrate Free Comic Book Day in 2017! We typically partner with a local comics shop to have plenty of free comics for children and teens to take home, but this year we will be putting out comics crafts, showing cartoons, and more in addition to supplying free comics. You can get a sneak peek at the lineup for Free Comic Book Day 2017 over at School Library Journal!

I’m pretty excited to see BOOM! Studios special Summer Blast issue which will feature a new short story of David Petersen’s Mouse Guard. Another issue I’m looking forward to picking up will be Nobrow’s comic Hilda’s Back! Hilda and the Stone Forest by Luke Pearson was another favorite from 2016, and this issue will show readers what happened after Hilda finds herself turned into a troll at the end of the story! Will she make it to school on time? Will she ever be human again?! So many questions were left to readers at the end of the graphic novel, hopefully some of them will be answered in this special issue.

These are just some of my most anticipated graphic novels and comics coming out in 2017, but I’d love to hear what you are looking forward to next year! Please share in the comments what comics or graphic novels you or your young patrons are just dying to read.  Happy New Year!