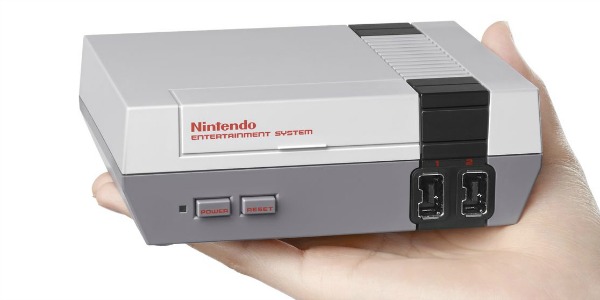 If your library circulates video games you may also have a collection that gives DVDs a run for their money. Over the past few years we have witnessed a growing increase in the circulation of kid’s, teen, and adult games. Nearing the end of the library’s fiscal year I glanced at the top circulating games in the Children’s Library and wasn’t surprised to see that Mario dominated the list.

This summer’s Pokémon Go phenomenon put Nintendo at the forefront of gaming conversations, despite not having developed the game and seeing shares drop as a result.

More news from Kyoto, Japan, where the company is based, includes the release of a mobile gaming app and a miniature console with games built in. The NES console will include classic games such as Super Mario Bros., Legend of Zelda, and Kirby’s Adventure.

Super Mario Run, the upcoming game which will be released for iPhones, is being billed as, “A new kind of Mario game that you can play with one hand.” Although many players are fired up for the December 2016 release, there are some concerns about the accessibility of the game. Nintendo is offering a free demo mode to users, but this is followed by a one-time fee, similar to Minecraft.  More Nintendo mobile games are planned for 2017.

What does this mean for libraries? Since the launch of Minecraft and Pokémon Go, many libraries have fully embraced supporting these popular trends through programming and services. Sure Roblox might make our computers freeze up, but many kids are finding community at the public library while playing in various multiplayer environments.

How is your library supporting these gamers and what services are you providing to this growing population?

Claire Moore is the Head of Children and Teen Services at Darien Library in Darien, CT. She can be reached at cmoore@darienlibrary.org.

Visit the Digital Media Resources page to find out more about navigating your way through the evolving digital landscape.