Harry Potter and the Sorcerer’s Stone is a world-wide phenomena, a life-changing read, and a children’s book. Harry and his friends are mere 11 year-olds at the start of their first school year. Though their adventures and world get older, darker, and infinitely more complex, the series is still entirely at home in a children’s library. This year, for the first time since the blockbuster release of the seventh book in the series, librarians will be faced with two J.K. Rowling-sized collection issues. 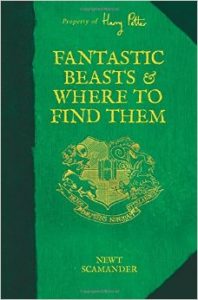 The first is due to a new movie, Fantastic Beasts and Where to Find Them. The movie, starring Eddie Redmaye, tells the story of Newt Scamander, famous in Harry Potter’s world for having literally written the book on fantastical creatures. The film was written by Rowling herself. Technically, this is not an adaptation of the textbook (also written by Rowling) of the same name. That slim volume, published in 2001, has almost nothing to do with the upcoming movie. Published as a fundraiser for Comic Relief, the Fantastic Beasts book clocks in at a mere 128 pages. Despite this, we’ve seen holds on our copy balloon into the double digits. Will you be buying more copies of Fantastic Beasts for the name tie-in alone?

The second, and most pressing, conundrum is the question of The Cursed Child. On June 7, 2016, previews begin in London for Harry Potter and the Cursed Child, a sequel play based off an original story written by Rowling and two collaborators. When publication of Cursed Child was announced, it was announced as a new Harry Potter book, but Rowling later clarified that the book was actually the script of the play, and not an new prose story.

The issue for children’s librarians comes from the subject matter. Harry Potter and the Cursed Child is described thusly: 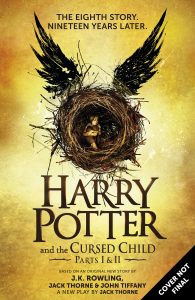 It was always difficult being Harry Potter and it isn’t much easier now that he is an overworked employee of the Ministry of Magic, a husband and father of three school-age children.

While Harry grapples with a past that refuses to stay where it belongs, his youngest son Albus must struggle with the weight of a family legacy he never wanted. As past and present fuse ominously, both father and son learn the uncomfortable truth: sometimes, darkness comes from unexpected places.

It sounds amazing, but that is beside the point. Does a book about adult Harry Potter, an overworked government bureaucrat, belong in the children’s library, next to the books about Harry’s childhood? For now, we’re saying yes at my library. Our original order of 10 copies are all already on hold, so we’ve added 20 more. Our final decision won’t be made until we can read the play, and Baker and Taylor has already sent the embargo paperwork.

I was 11 when the first Harry Potter book came out. I attended every midnight release party for the books and saw every movie on opening day. I am SO PUMPED for new Harry Potter. I just hope both of these new stories are for all Harry’s fans, not just the adult ones like me.