Are you planning April Fool’s hijinks at your library? Even if you don’t plan to announce to your Facebook followers that books will now be shelved according to color, you can celebrate with reading or displaying books that involve trickery or unexpected endings: 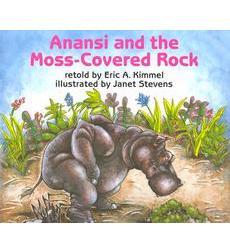 I’m leaving off several titles in the name of brevity, but I couldn’t forget Eric Kimmel’s retelling of Anansi and the Moss-Covered Rock.  The clever spider (in some stories, he’s human) tricks the other animals in the forest with much glee and abandon, until he meets his match in shy little Bush Deer. When parents/community members ask for recommendations for a “guest reader” session in which they are participating, I inevitably recommend this title. 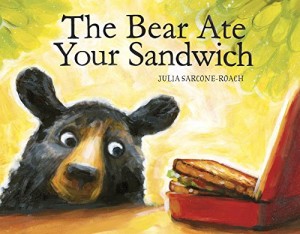 The Bear Ate Your Sandwich was one of my top favorite pictures books of 2015. I don’t want to give too much away, but if you ever needed to get the concept of “unreliable narrator” across, you should use this as a perfect example. 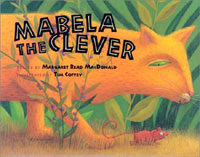 Mabela the Clever is one of my favorite folktale adaptations by Margaret Read MacDonald. This folktale, adapted from the Limba culture in Sierra Leone, is a clever cautionary tale about the importance of keeping your wits about you and paying attention, as told through the perspective of a young mouse who must outsmart a cat soliciting members for its special and secret club. 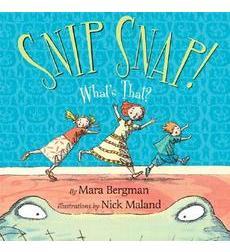 Would you be scared if an alligator broke into your house? YOU BET YOU WOULD! This tale of three children who get tired of being freaked out by the alligator has a delicious amount of suspense perfect for keeping toddlers on the edge of their story mats, but without causing them to run out the story time room.

What other books would you add to an April Fools’ display or story time (that isn’t specifically about the day)? Discuss in the comments!