This weekend I had the most incredible book discussion experience of my life. No joke. I had the joy of meeting with 9 wonderful and incredibly smart people to decide on the best LGBTQ (Lesbian, Gay, Bisexual, Transgender, Queer/Questioning) books for kids and teens that were published between July 2014 and December 2015. You can find the entire list on the Rainbow List site; I am going to highlight the top books for kids through grades 6 here. The final list includes over 40 titles and of these we selected a top 10. Top ten titles are indicated with an *.

I know that book budgets are not limitless, so if you can’t buy all of these titles for your collection, a good place to start is with anything on the top 10 list: Gracefully Grayson, The Marvels (who are we kidding, you already have this book!), and Sex is a Funny Word.
While no picture books made the top ten list, that doesn’t mean they aren’t worth having. They would all make excellent additions to a library collection, but if you can only buy three start with: Red: A Crayon’s Story, Stella Brings the Family and Heather Has Two Mommies. 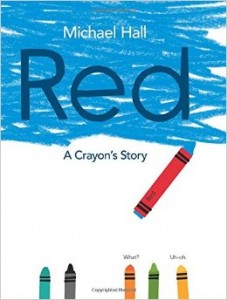 The label read, “Red.” However, all of Red’s strawberries and hearts come out blue. Friends and family try to fix Red until new buddy Berry helps this crayon discover his true color.

Heather’s favorite number is two: she has two arms, two legs, two pets, and two mommies. When Heather goes to preschool, she learns that not all families look alike, but that they all have one thing in common—love. New text and illustrations make this classic accessible to a modern audience.

A beautiful diversity of family life is depicted through simple text and photographs.

It’s Mother’s Day, and everyone is making invitations for their mothers to come to the school celebration. But Stella has two dads and no mom to invite…What should she do?

When young Zak’s outdoor “safari” gets cancelled because of the rain, he leads his readers (and his stuffed animal tourists) on an adventure through the story of his family. Zak introduces his two mothers and how they became a family of three with the help of a donor from a sperm bank.

Stonewall Book Awards–Mike Morgan & Larry Romans Children’s Award Book. When people look at George, they see a boy. But she knows she’s a girl. With the help of her best friend, George comes up with a plan, not just so she can be Charlotte in her school play but so everyone can know who she is, once and for all. 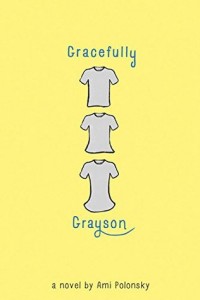 Twelve-year-old Grayson, through a school play, finds the courage to reveal a deep truth: in spite of being seen as a boy, she knows for a fact that she’s a girl.

In black-and-white pencil illustrations, Selznick depicts three generations of actors descending from the sole survivor of a legendary shipwreck. As that story closes, another unfolds in prose as young Joseph discovers his connection to the actors and his family history, and he embraces his uncle’s life story as it affects and changes his own.

From ancient China to the 2015 U.S. Supreme Court decision on marriage equality, this narrative history reference gives context to the challenges and achievements of both queer individuals and the broader quest for civil rights. 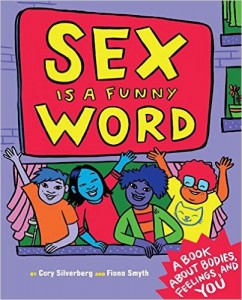 The Rainbow Booklist Committee had so many wonderful books to choose from this year! If you collect for teens or if you are just looking for something good to read, do check out the rest of the list here. I have already started reading for next year and let me tell you, there are some GREAT books on deck. John Corey Whaley’s Highly Illogical Behavior (May 2016) is so splendid, it is ridiculous. If you read a book for kids or teens published between July 2015 and December 2016 that you think the Rainbow Booklist Committee should consider for next year’s list, please send in a suggestion. We would love to hear from you. Happy reading!!