Many people know that November is NaNoWriMo, or National Novel Writing Month, but did you know that it is also National Memoir Writing Month? To celebrate, I’ve gathered a few of my favorite memoirs written for elementary/middle grade students. 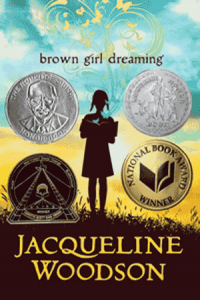 Brown Girl Dreaming (2015 Newbery Honor recipient and 2014 National Book Award medalist) is the captivating, frank, and moving portrayal (in verse) of Jacqueline Woodson’s childhood in both South Carolina and New York during the Jim Crow era. 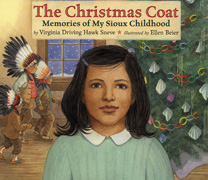 I’m not much of a re-reader, but during the holiday season, I usually reread a handful of my favorite Christmas/Hanukkah/winter titles. The Christmas Coat joined that select group when it was published in 2011. Written by Virginia Driving Hawk Sneve (a member of the Rosebud Sioux tribe), this is a lovingly written and illustrated account of family, community, and selflessness. 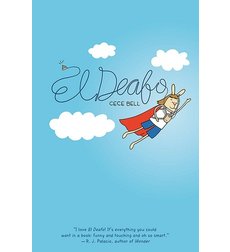 2014 was apparently a good year for memoirs written for children; El Deafo (also a 2015 Newbery Honor title) is groundbreaking not only in its format (the first graphic novel to be honored by the Newbery committee), but also in its portrayal of author Cece Bell’s experiences as a child who is deaf. 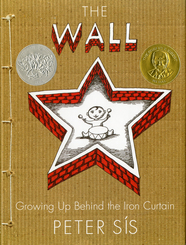 (image taken from US Macmillan)

The Wall: Growing Up Behind the Iron Curtain  is an eye-opening account of Sis’s childhood and adolescence in communist-controlled Czechoslovakia. Through illustrations, maps, and journals, Sis’s emerging questioning of the Communist regime in his adolescence is imaginatively brought to life.

Do you have any favorite memoirs written for children? Let us know in the comments!