To learn more about a place, immerse yourself in the literature of that region. I want to take you on a journey to the Southwestern part of the United States through literature written for children. Here are some selected books for young readers to delight, learn, challenge, and inspire. 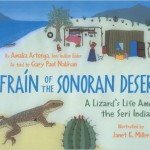 Astorga, Amalia (as told by Gary Paul Nabhan)
Efrain of the Sonoran Desert: A Lizard’s Life Among the Seri Indians (Published by Cinco Puntos Press in 2001)
This book tells the story of the Seri Indians. Dr. Nabhan retells the story from Seri Indian Elder Ms. Amalia Astorga, and Janet K. Miller is the illustrator. Ms. Astorga’s story about her friendship and death of her pet lizard Efrain. Cultural and linguistic descriptions give the reader a deeper appreciation for the Seri Indians who are at-risk of becoming extinct with a population decrease to little more than 600. 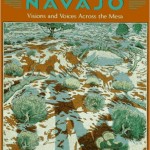 Begay, Shonto
Navajo: Visions and Voices Across the Mesa (Published by Scholastic in 1995)
This is a book of poetry with paintings that depict Navajo life. Words flow together like songs. A treat for the eyes too with his beautiful illustrations. My favorite poem in this collection is one called, “In My Mother’s Kitchen.” This and the other poems take the reader into Mr. Begay’s world and life as a Navajo from the Southwest. 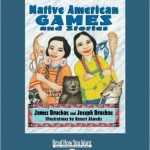 Bruchac, Joseph and James
Native American Games and Stories (Published by Fulcrum Publishing in 2000)
The father and son authors team up with illustrator Kayeri Akweks to share Native American tales and games. Contents include: (1) ball games and team sports, (2) bowl games and other games of chance, (3) games of skill, and (4) awareness games. This would be a great book for teachers or parents to use with children to have fun and gain a greater awareness of Native American culture. 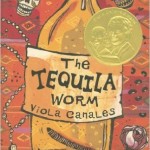 Canales, Viola
*The Tequila Worm (Published by Wendy Lamb Books in 2005)
The main character, Sofia, is offered a scholarship to an exclusive boarding school in Texas away from the barrio and her family. Sofia is challenged when she is faced with having to learn how to survive in two different environments. A chapter book with 199 pages, The Tequila Worm has rich and relatable characters to interest tween readers. 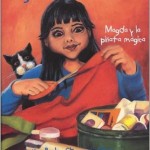 Chavarria-Chairez, Becky
Magda’s Piñata Magic (Published by Piñata Books in 2001)
The tradition of the piñata is celebrated in this story of how a girl named Magda uses her imagination to create a joyful party. Full Spanish and English text is included in the book. Illustrated by Anne Vega with enchanting pictures of the characters and places. Here is an example of the rich description that accompanies the colorful images, “The children’s mouths fell open! It was a life-sized piñata of Gabriel, wearing his favorite outfit, too – a cowboy shirt, a fringed best, blue-jeans, and boots complete with toy spurs.” 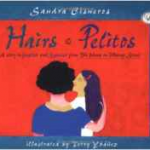 Cisneros, Sandra
Hairs/Pelitos (Published by Dragonfly Books/Alfred A. Knopf in 1996)
In perfect unity, the author Cisneros and the illustrator Terry Ybañez tell the story of family diversity. Each family member has different hair. The book has English text at the top of each page, and Spanish text at the bottom of each page. A book has a beautiful message to celebrate what makes us unique. 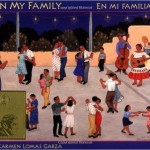 Garza, Carmen Lomas
*In My Family/En Mi Familia (Published by Children’s Book Press in 1996)
Carmen Lomas Garza shows the many traditions she grew up with in the southwest. When you read this you will see that every time you turn the page you learn something about southwestern and Hispanic culture. A special treat is waiting for you at the end of the story where the author/illustrator answers questions from children. 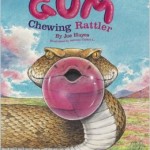 Hayes, Joe
The Gum Chewing Rattler (Published by Cinco Puntos Press in 2006)
As someone who loves to chew gum, this story captured my imagination and interest. Mr. Joe Hayes tells the story of his beloved childhood past-time of chewing gum. Mr. Antonio Castro L. brings the characters to life with the brightly colored pages of a rattlesnake chewing gum and blowing bubbles. Hmmm, I wonder if the rattlesnake added peanut butter to make the bubbles bigger like they do in chewing gum contests? 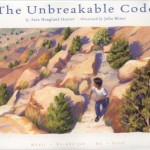 Hoagland Hunter, Sara
The Unbreakable Code (Published by Cooper Square Publishing in 1996)
This is an incredible story about the Navajo Code Talkers. The author writes about the WWII contribution made by Navajo soldiers who created a secret code used to transmit sensitive information during war time. Ms. Julia Miner depicts John, the young boy, talking with his grandfather in earth tones and beautiful detailed pictures. Children will learn about an important time in our U.S. history, Native Americans and the Navajo Nation. 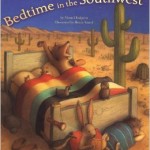 Hodgson, Mona
Bedtime in the Southwest (Published by Rising Moon in 2004)
Animals in the Southwest are getting ready for sleep in this visual and poetic treat. Ms. Renee Graef illustrates this picture book brilliantly. Each page has rhyming text written in the form of questions. It is a wonderful story to read with a child when they are going down for a nap, or getting ready for bedtime for the night. Challenging sleep behaviors are questioned as children learn about the diverse animals living in the Southwestern habitat. 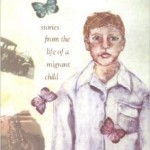 Jimenez, Francisco
The Circuit (Published by University of New Mexico Press in 1997)
The Circuit is an auto-biography written by Dr. Francisco Jimenez who tightly weaves story after story from his years as a little boy moving from Mexico to California in the 1940s and 50s. The struggles and joy he faced are situations many of our children can relate to. My heart opened up! This is a tear jerker and love story written about family. Every teacher should read this book to gain a deeper understanding of what children facing learning dual languages and/or immigration issues. 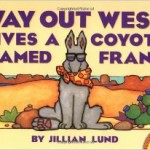 Lund, Jillian
Way Out West Lives a Coyote Named Frank (Published by Puffin Books in 1993)
Frank is an adorable coyote living a carefree life in the southwest. He plays with his friends Larry and Melanie. The colorful illustrations show Frank surrounded by southwestern beauty in nature. He, along with his friends, encounter other animals of the desert. Children will enjoy Frank’s playful adventures. 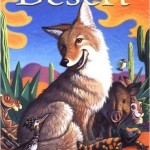 Marsh, T. J. & Ward, Jennifer
Way Out in the Desert (Published by Rising Moon in 1998)
Kids will love finding the hidden numbers on each page cleverly illustrated by Mr. Kenneth J. Spengler. Ten Southwest animals and their habitat in the Sonoran Desert are presented. A glossary is provided the reader at the end of the book, along with a song called, “Way Out in the Desert.” 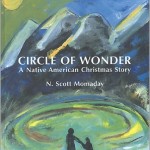 Momaday, N. Scott
Circle of Wonder: A Native American Christmas Story (Published by University of New Mexico in 1994)
Mr. Momaday tells the story of “Tolo” based on his own boyhood growing up in Jemez Pueblo, New Mexico. Vivid colors help tell the tale about a special Christmas. Circles, the center of circle, and light imagery are used. My favorite part of the book is, “Tolo knew then that he had been led to the center of the Holy Season. He thought again of his grandfather, who he know was near among the trees, and of his parents , and of the Christ child, who had come to live the twelve days of Christmas in his home” (p. 36). 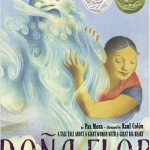 Mora, Pat
*Doña Flor: A Tall Tale About a Giant Woman with a Great Big Heart (Published by Alfred A. Knopf in 2005)
Illustrated by Mr. Raul Colón, this story is about Doña Flor who is different from everyone else. Doña Flor is a giant towering over all the people in her community. She uses her difference to her advantage to benefit the town. This is a story that shows children that being “different” is a blessing.

Rabe, Tish
Why Oh Why Are Deserts Dry? (Published by Random House in 2011)
This book is part of the Cat in the Hat’s Learning Library series and illustrated by Aristides Ruiz and Joe Mathieu. The colorful pages will seem familiar to children if they watch the PBS show or have read the Dr. Seuss classics. The science of the desert is explained in a fun way. There are also helpful descriptions of how Spanish words are pronounced. When discussing a specific type of woodpecker, Rabe gives the reader a tip through a character holding a sign saying “Hee-luh” for the “Gila” woodpecker. At the back of the book there is a glossary and further readings on books about the desert. 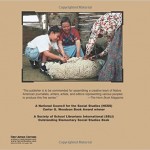 Roessel, Monty
Songs from the Loom: A Navajo Girl Learns to Weave (Published by Lerner Publications Company in 1995)
This non-fiction book that portrays the importance of weaving in the Navajo culture. In the preface of the book, Mr. Roessel explains his role in passing stories and traditions from one generation to the next. His photography is featured throughout the book, along with a rich description of Navajo fiber arts. 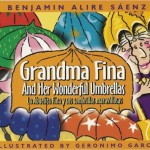 Sáenz, Benjamin Alire
*Grandma Fina and Her Wonderful Umbrellas/La Abuelita Fina y sus sombrillas maravillosas (Published by Cinco Puntos Press in 1999)
This is a story about Abuela/Grandma Fina. She has a broken yellow umbrella that she takes with her on walks through town where she sees many of her friends and family. On her birthday, they throw her a party. Everyone brings her an umbrella. What is she to do with ten umbrellas? Dr. Sáenz teams up with the talented illustrator Mr. Geronimo Garcia in this bright and colorful treat for both children and adults. 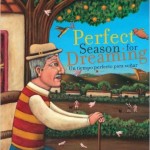 Sáenz, Benjamin Alire
*Perfect Season for Dreaming/Un tiempo perfecto para soñar (Published by Cinco Puntos Press in 2008)
The main character is Octavio Rivera who is 78 years old. It is summer time when he goes on a dreaming spree. Talk to children about the dreams in Perfect Season. Ask children to share their own dreams. Mr. Andrade Valencia captures the story with his dreamy illustrations. This would be a sweet story to read anytime, but especially in September for Grandparents Day. 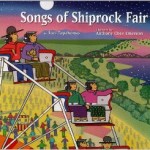 Tapahonso, Luci
Songs of Shiprock Fair (Published by Kiva Publishing in 1999)
This story takes place in Shiprock, New Mexico. The author, Navajo Nation poet laureate Tapahonso writes about this special fair through the eyes of a child named Nezbah, while Mr. Anthony Chee Emerson breathes life into the vivid illustrations.

*This book won the Belpre award from the American Library Association
in honor of the first Latina librarian at the New York Public Library.

Today’s guest blogger is Dr. Marisa Macy, a writer from Las Cruces, New Mexico. She writes about early childhood topics. You can read more of her work at www.marisamacy.com. Her website is called, “Buttercup.”