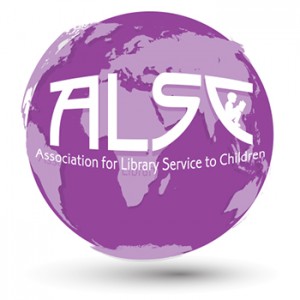 I was really struck by the 25th anniversary of German Reunification (called the Day of German Unity or Tag der Deutschen Einheit) falling during Banned Books Week last week. Growing up during part of the Cold War, I certainly remember textbooks and other nonfiction titles that gave us not-very-favorable messages about East Germany and even recall being told that kids there weren’t allowed to pick the books they wanted to read on their own. During my visits to libraries in Germany and Poland this past month I thought and talked a lot about the freedom to read and the future of library service to children with some of our international colleagues. 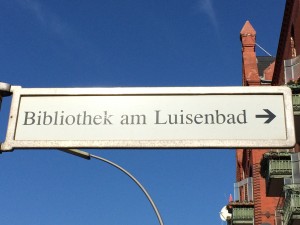 In Berlin, librarians Heidrun Huebner-Gepp and Sarah Tscholl welcomed me to their Bibliothek am Luisenbad and shared a tour of their building, which was built in 1888 and is filled with Smart Boards, engaging face-out collections, programming spaces, and a diverse clientele with whom they focus on languages and digital media literacy. This community’s emphasis on welcoming those new to Germany is particularly relevant during this time when the country is seeing a significant influx of refugees from Syria.

The library I visited in Poland, Biblioteka Publiczna Miasta i Gminy Słubice, featured a fascinating display of local and national history while also providing tons and tons of e-content. Even with my limited knowledge of Polish, I could tell when it was trzecia, or three o’clock, as in a scene familiar to many of us, kids rushed in to sign up for computer time.

I spent a delightful afternoon with Benjamin Scheffler, who is the director of the Children’s and Youth Library and Learning Center of Berlin’s Central and Regional Library, where they really see the library as a place of learning, and their melding of traditional and innovative spaces, collections, and services was inspiring, both to me and their hundreds of thousands of annual users. The importance of adults and young kids making time together to sprechen, singen, lessen, schreiben, und spielen (talk, sing, read, write, and play) is truly universal! 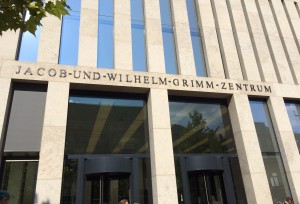 And I can highly recommend a visit to the Jacob and Wilhelm Grimm Center at Humboldt University of Berlin where thousands of documents from the Grimms’ personal library live and breathe. It also features, as Yelp aptly describes, “a reading room for mothers with children or pregnant women [where t]oddlers can play while mothers study.”

You can check out #ALSCtour on Twitter to learn more about these and my other visits in September to the Ottendorfer Branch of New York Public Library (the 1st free public library in NYC!) and the youth department of the Arlington Heights Memorial Library in Illinois. Also take a look at #KidsBookSummit for my account of the 2015 Nielsen Children’s Book Summit. This was an important event for ALSC to be represented at as publishers and librarians can learn so much from each other as we share this landscape of media for children, and I’m happy to report that the call for diverse books was a key part of the day.