So there I was, on my honeymoon in St. Croix, weeks after the debut of my first syndicated cartoon strip, Hartland. And while I had romance on my mind, I was also thinking about the fact that as I was sitting on that beach, one of the strips I had already written and inked was being printed in the papers-and if I didn’t keep thinking of more ideas I’d fall behind! My brain locked on the fact that (at the time) Charles Schulz had been doing his Peanuts comic strip for 35 years. 35 years? Let’s see….35 X 365…THAT’S A LOT OF IDEAS! I proceeded to try to write 35 years worth of comic strips right there on the beach. The result was the first and worst case of writer’s block I’ve ever experienced. No matter what I tried, I couldn’t come up with a single idea, let alone 35 years worth (which is 12,775). 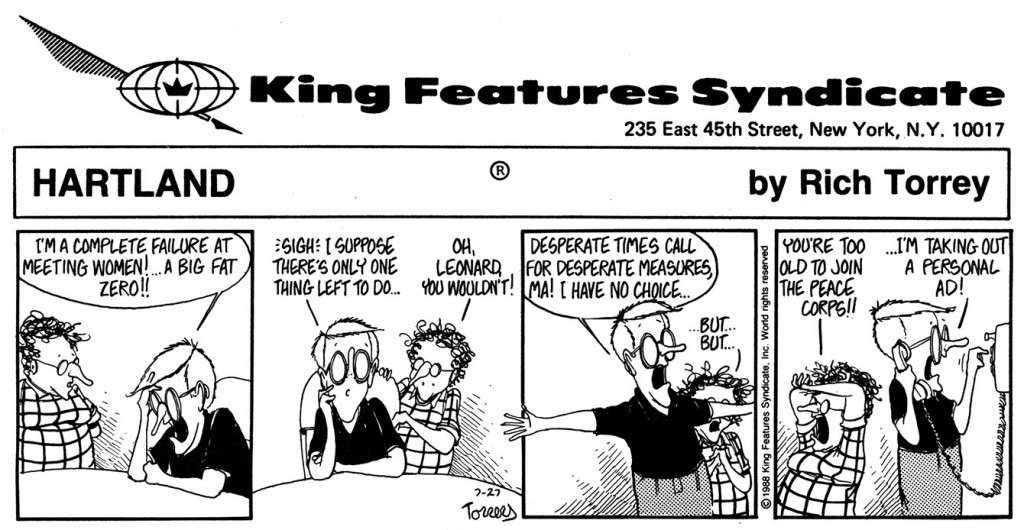 I arrived back from my honeymoon convinced my comic strip career was already over. But it soon dawned on me that what was causing my writer’s block was my unrealistic expectation. I didn’t have to write 35 years of strip ideas-I only had to write one. And with that, the vice that had been tightening around my cranium loosened, once more allowing the free flow of ideas.

Over the next decade, I gained tremendous insight into how to control my life and environment so as to get optimal creative output. As John Cleese talks about in his wonderful lecture on creativity, I learned the importance of following a regiment.

I found my quiet place to create and carved out a specific block of time that was set aside every day for that purpose (early morning through noon). In my chamber of solitude, with the necessary time to get into my creative mode, I would wait for the ideas to come, and they did. Not only could I write one idea…most days I could write ten-sometimes twenty. The other half of my day was spent sketching and inking the comic strips. I followed the words of Flaubert: “Be regular and orderly in your daily life, so that you may be violent and original in your work.”

When I began working for Frank Deford’s sports daily, The National, my workday followed a similar pattern-albeit a more hectic one. 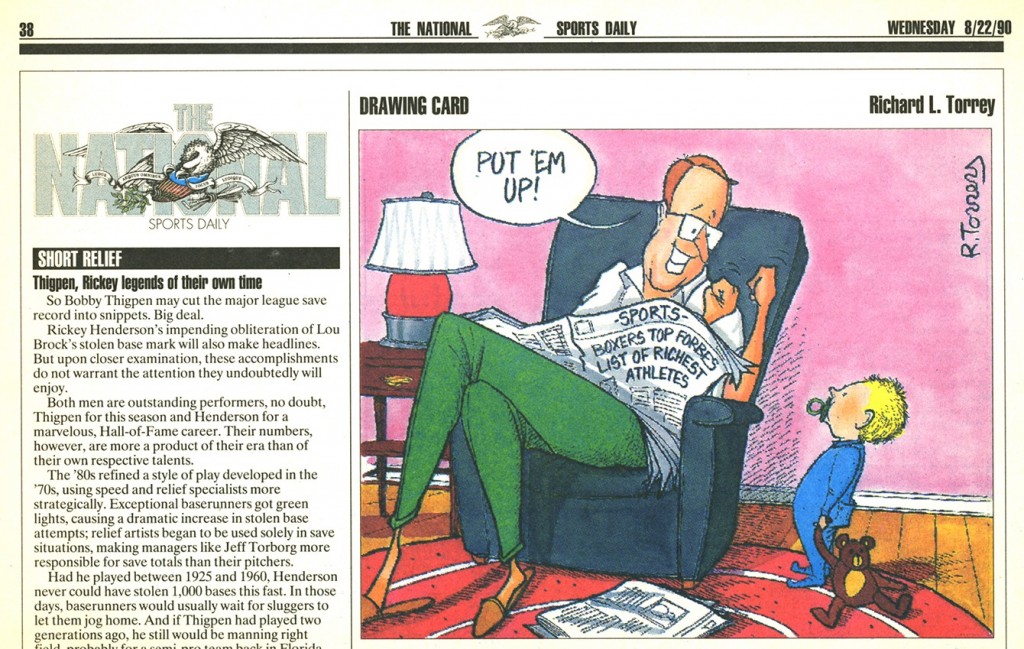 Every day I was called upon to submit sketch ideas with an editorial slant based on what was going on in world of sports. Those ideas were then faxed (this was before computers) to The National prior to their morning editorial meeting for consideration. Once given the green light on a particular idea, I had to complete the final art by one o’clock so it could be sent, via courier, into New York City in time to be scanned and placed it in the layout for the following morning’s edition.

The next morning, the process started all over again.

Today, nearly twenty years removed, I make my living as an author/illustrator of children’s books, ranging from stories about sports, to my latest, a story about a girl who thinks she’s a dinosaur. Yet, by and large, I still follow the same regiment I learned in my syndication days, with the same objective of slipping into that creative mode. The difference is I now have the luxury of holding on to ideas for weeks or months to tinker and tweak instead of having to send out finished, publishable work on a daily basis.

This September my wife and I celebrate our 30th wedding anniversary. Perhaps we’ll go to St. Croix. And while I will, of course, have romance on my mind, I will also be thinking about the fact that while I’m sitting on that beach, the 14 books I’ve created have either already been published, or soon will be. That means I better start thinking of more ideas! Because Eric Carle has written over 70 books. 70 books! THAT’S A LOT OF BOOKS!… 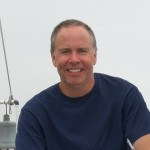 Richard Torrey’s latest books include Ally-saurus and the First Day of School (Sterling), which received starred reviews from both Kirkus and Publishers Weekly, and My Dog, Bob (Holiday House). Learn more about Richard and his books at: richardtorrey.com and follow him on Twitter at: @richtorrey