“Piglet sidled up to Pooh from behind. “Pooh?” he whispered.
“Yes, Piglet?”
“Nothing,” said Piglet, taking Pooh’s hand. “I just wanted to be sure of you.”

In looking up the definition to sure, I found these words in the dictionary:  steadfast, reliable, trustworthy, indisputable and these phrases marked by or given to feelings of confident certainty and careful to attend to.  The dictionary also described steadfast as “a sure hold” just as in the quote above where Piglet is certain of Pooh’s hand.

It has been an honor to serve as your ALSC President this past year and as your ALSC Vice-President/President-elect the year before.  When first elected in May 2011, I could never have imagined how quickly the months would go by.   And, during these months it has been a challenge to combine the many facets of life and add this layer of ALSC responsibilities to the teaching, research and service roles of a university professor, but it worked because of I was sure of the support of others.

Many people have asked this question…“How do you do it?”

And, my answer is always the same…you can’t hold a leadership role without the support of others—the sureness that others are there for advice, input, ideas, energy and enthusiasm.

Then after the election, I soon found that there were many other networks of support where I could be sure there was someone to call on… 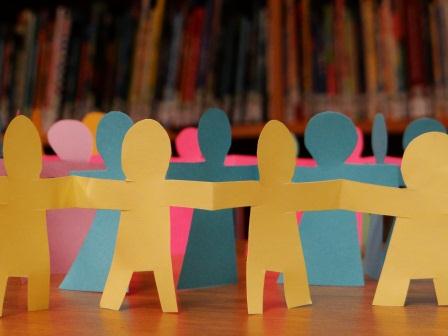 So, with my last ALSC Blog post as President of ALSC, I thought I would share with you my key sources of support that were and are in place for ALSC Presidents (just in case you decide to run!)