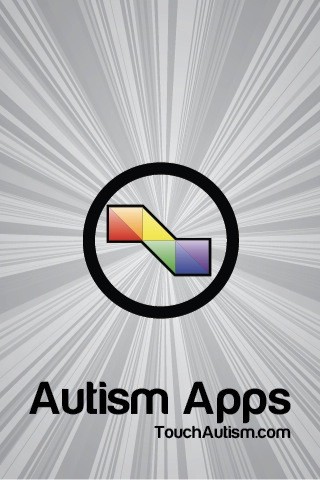 In recent months there’s been a lot of conversation in the Youth Services world about apps. Tablets loaded with pre-selected apps are available to users of some libraries, either on-site or for circulation. A long thread on the alsc-l listserv presented a number of strongly held opinions about the advisability of using apps during storytimes. Librarians are looking at the possibility of reviewing apps for developers and putting our expert imprimatur on their content and value, just as we already do for books and other formats. Regardless of where one stands on the issue of the best way to incorporate apps into services and programs for children, librarians seem to agree that they are important and they are here to stay.

I believe that this conversation is timely and useful, but incomplete unless we expand it to include a discussion of how librarians can use apps with children with autism spectrum disorder (ASD). The popular media and the ASD blogosphere is full of references to the amazing ways in which children with ASD have embraced tablet computers and apps, and these devices are taking the place of more expensive and cumbersome assistive technology. A number of developers are creating high-quality apps that are specifically designed for children with ASD. Other apps, written for the general population, are appealing to and useful for these kids. With the incidence of ASD at 1 in 88, we all need to think about how we are working with these children in our communities, and apps can play an important role.

There are several ways to integrate apps for children with ASD in a public library setting:

1. Apps can be used in storytimes. For example, many children with ASD have tactile defensiveness and are not comfortable with finger paints, glue, or other craft supplies. Providing these children with a tablet device loaded with a doodle or drawing app can allow them to participate in a craft or art activity in an adaptive fashion.

2. Tablets for circulation or in-library use can be loaded with some appropriately labeled autism-specific apps, so families who don’t already own this technology will have access.

3. Librarians can offer programs that introduce tablets and specific apps to families in their communities who have a child with autism. In higher income communities this can help parents preview apps before they buy, in poorer areas this could introduce families to apps that are available on library-owned devices.

4. A brochure or program can describe the features to look for when previewing an app for a child with ASD. This approach empowers parents and helps them to assess the value of new apps as they appear on the market (and new ones appear every day). In addition to the features that make an educational app autism-friendly in the library, which I list below, parents should look for apps that can be customized with their child’s name or other information, and ones that keep data to track their child’s progress.

How do you identify apps that will work well for children with ASD?
The first thing to keep in mind is that apps for kids with ASD (just like apps for typically developing kids) are not one size fits all. The value of an app will depend in part on the skill that it teaches and its appeal to an individual child. However, there are some criteria that make for an especially autism-friendly educational app. Look for these elements when evaluating apps (thanks to Nicole Feeney, Assistive Technology Specialist at the NEAT Marketplace in Connecticut for her help with this):

– Does it have images as well as text?
– Are the images realistic pictures or photographs?
– Does it include video modeling (demonstrating the lesson with a video)?
– Does it provide reinforcement (rewards) and errorless learning?
– If you want to understand what this is and why it is important when teaching children with ASD, look at: www.gvsu.edu/cms3/assets/…/10…/7_errorless_learning.doc
– Can you set the difficulty level, the number of pictures on a screen or the space between pictures so it won’t be overwhelming for a child with autism?
– If there is a timer, can it be turned off? Can you turn off speech or other sounds?
Every app that is suitable for teaching kids with ASD will not have all of these features, but a good app will have at least some of them.
Where can you get recommendations?
In the Winter 2013 issue of Young Adult Library Services (YALS), YALSA’s official journal, YALSA board member Renee McGrath’s article entitled “Autism? There’s an App for That” describes a number of apps she recommends for use with teens with autism in a library setting. Her article is especially useful because there are not many sources available for finding appropriate apps for teens with autism. However, there are a number of websites that are excellent resources for finding apps for younger children with ASD, including:

o www.babieswithipads.blogspot.com
o http://a4cwsn.com
o http://www.autismspeaks.org/family-services/autism-apps
o http://www.squidalicious.com/2011/01/ipad-apps-for-autism-spreadsheet-of.html
o www.iAutism.info
o www.welcometotheirworldapps.blogspot.com
o www.touchautism/AutismApps.com
In addition to checking the recommendations on these sites, you can look at the products of developers whose work has been used successfully with many kids with ASD. Here are just a few:

o Brain Parade (www.brainparade.com)
o FizzBrain (www.fizzbrain.com)
o Project Injini (www.injini.net)
o Smarty Ears (www. smartyearsapps.com)
o Speech With Milo (www.speechwithmilo.com)
o Toca Boca (www.tocaboca.com)
Once you find a developer who creates products you think are good, you can “like” them on Facebook or follow them on Twitter. Often these developers will offer special discounts and you will receive notice of these if you stay in contact. You’ll also be alerted to new apps that you might want to consider purchasing or downloading.

Of course, I have my favorite apps and I want to share a few of them with you. The ones I mention here are not from the developers I listed earlier (so be sure to look at some of their apps as well):

Which Go Together? (from Kindergarten.com) This is on of several apps from this developer that apply the principles of applied behavioral analysis (a therapeutic learning approach used with many children with autism). The pictures are photorealistic, there is a clear voice that asks the questions and describes the relationship between the paired objects, and there is reinforcement in the form of a musical interlude after several pairs are identified. The choices aren’t easy, so use this with higher functioning kids.

Sort and Categorize Game (from Natural Learning Concepts) Players are given the opportunity to identify where an object belongs, given four possible groups. Sound effects let the child know if they’ve made the correct choice, but the sounds can be turned off. This game offers lots of opportunities for learning words and categories.

Autism Emotion (from Model Me Kids) Short stories, accompanied by photographs of real children and both written and spoken text, introduce situations that evoke a specific emotion. A short song can also be played to reinforce the lesson. Another app from this developer to consider is Going Places 2.

My PlayHome (by Shimon Young) All kids, not just those with autism, will get hours of fun and learning from this interactive app. Pour cereal, turn the TV or the CD player on and off, move the family members, and much more. Great for demonstrating cause and effect, labeling items in a home and discussing families and the activities families do at home. 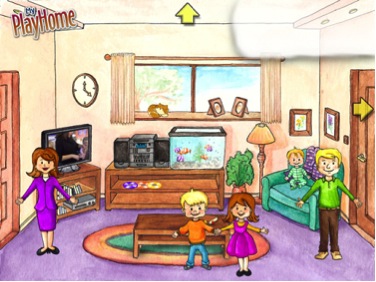 Although there are some expensive autism-specific apps, most of the ones I mention or that the websites recommend are free or very low-cost (under $5.00). Making them available at your library or providing information that can assist parents to access them at home will be helpful to families who have a child with autism. It will also send the very important message that these families are welcome in your library and that you are open to finding ways to serve them and meet their needs.

By Barbara Klipper: barbaraklipper.librarian@gmail.com
Barbara has been teaching librarians about working with children with autism since 2006. She developed a grant-funded Sensory Storytime program at The Ferguson Library in Stamford, CT in 2009, and has trained many children’s librarians in this program model through workshops and an ALSC webinar. Her book Serving the Spectrum: Programming for Children, Teens and Families With Autism Spectrum Disorder (ASD) is being published by ALA Editions. Barbara currently serves as the Priority Group Consultant (PGC) for Priority Group 1: Advocacy, which includes the Library Services for Special Populations Children and Their Caregivers committee. She is also a former chair of that committee.