We can all agree (we hope) that children should find books in their local library collection that represent their world views. We can all agree that world views are extremely varied and while you’re never going to catch them all, as a librarian it is your job to try. 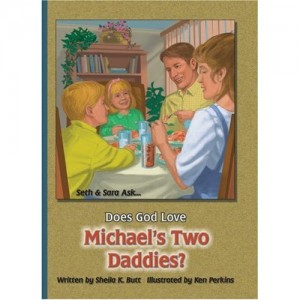 It is widely accepted (we hope!) that Vanita Oelschlager’s A Tale of Two Mommies should be on every library shelf. If it isn’t on yours, we would love to hear why not.

The real question we have today is: does Sheila Butt’s Does God Love Michael’s Two Daddies? belong on your shelves as well?

This post brought to you by your ALSC Intellectual Freedom Committee.