I’ve been sick in bed the past few days, and as always when I’m ill, I reach for things from my childhood to bring me comfort. Yesterday I found myself re-watching one of the worst adaptations I have ever adored, the 1995 Baby-Sitters Club movie. 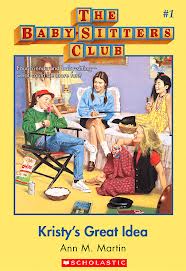 Anne M. Martin began writing the Baby-Sitters Club books in the mid-1980’s, and they were the beloved companions of many children until they ceased publishing in 2000. Ms. Martin wrote between 60-80 books herself, with the rest being ghost written. Scholastic is in the process of re-releasing the series with updated in-text references and new covers, making this the perfect time to revisit the entire series, and its terribly awesome movie.

The books followed the exploits of four (and later 10) extremely business-minded, level-headed, 13 year-old girls. Kristy, Claudia, Mary Anne, and Stacey run their own baby-sitting club. Customers can call one number and reach 4 experienced babysitters at once. Claudia, who has the advantage of having her own phone line (a massive perk in the 80’s!) hosts club meetings in her bedroom. When I read The Baby-Sitters Club I was determined to start my own successful business with my friends, and I longed to start babysitting and making my own money like the hard working ladies in these books. 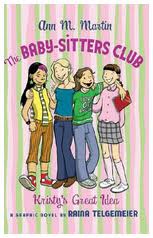 I can imagine that children in the 21st century are also thrilled by the independence of the girls (and boys) found within these pages. They run their own business. They are trusted with children far younger than themselves at the mere age of 13. They live a life that seems rather impossible in the modern age. The girls in our library have been snapping the re-released series off the shelves, a phenomenon that has only increased as the Rania Telgemeier-illustrated graphic novels have grown more popular with our readers. 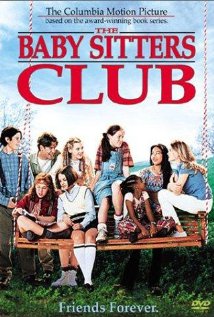 Which brings us to the film. Released in 1995, the film has little to do with the books it is based on. It features teen girls named Kristy, Mary Anne, Claudia, and Stacey, and those girls do run a babysitting club, but that is basically where the similarities end. In the movie, the girls run a summer camp, take over a cabin in the woods, and partake in various family dramas to drive the plot along. Still, as unfaithful to the source as it is, the movie is a delightful throwback. It’s compulsively watchable despite its rather tenuous connection to the series. The female leads were huge in the 90’s – the film starred Rachel Lee Cook and Schuyler Fisk, among others, and the acting was decent for a teen drama. It’s available to watch instantly on Amazon, among other places, and it is definitely worth two hours of your time. Even the trailer brings a smile to my face!