It’s hard to avoid the latest viral video that has spawned a ton of parodies and comical dance moves. A few weeks ago I was on a cruise ship and Gangnam was the hit of the karaoke club. The original song, “Gangnam Style” was written by South Korean singer and rapper PSY and is a lively, dare I say addictive, pop tune that encourages movement. Much like the “Macarana” or the “Cha Cha Slide” it is popular with children and adults even when they don’t understand a word being said (either because some words are not in English or because the lyrics are sung very quickly and are overpowered by the beat).

So what does this have to do with children’s literature or library services? Based on the popularity of Gangnam Style, I started looking for books that included words in Korean to use in storytime. During a School Library Journal webcast I was introduced to Tuttle Publishing. I’m not sure how I have missed this publisher, which publishes books to “span the East and West” but I started my search with them. If you use alphabet b

ooks in storytime, try My First Book of Korean Words by Kyubyong Park and Henry J. Amen. Using the standard ABC format, each letter is introduced with a word, a short rhyme, and, sometimes an aside that explains something about Korean culture or how language can create difference in sounds (for example, when we sneeze in the US it sounds to us like “achoo” but in Korea the sound is “echwi”). Each word is also shown in Hangeul script. Since many of us presenting storytime don’t speak Korean, a pronunciation guide is included at the front of the book. As with all alphabet books, there are challenges. Several letters, like X and Z, don’t exist in Korean but are included with an explanation of how the word would sound in Korean. It’s a lot of fun to discover that cats in Korea say “yaong!”

Although it doesn’t include Korean words, Dear Juno by Soyung Pak explores communication between two people who don’t speak the same language. Juno can’t read a letter sent by his Korean grandmother but figures out what she is telling him through pictures included 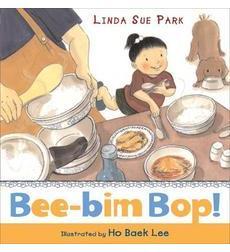 with the letter. Instead of asking his parents for help with Korean, he creates his own pictures to communicate with her. Bee-bim Bop! is a traditional Korean dish which translates as “mix-mix rice.” Linda Sue Park’s book has a bouncy rhyming text that is perfect for storytime to tell the story of a child watching, and helping, her mother shop for the ingredients, prepare the meal, and set the table. Since serving foo 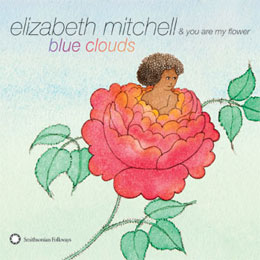 d at storytime can be difficult, let the children create their own take-home version of bee-bim bop with craft supplies like cut-up strips of felt in orange (carrots), green (spinach), white (onions), and brown (meat). Use white confetti or small packing peanuts for the rice. Place the pieces in a cup and let the children stir their dish with a plastic spoon.

Include a recording of a song in Korean if possible. It can be a bit of a challenge to find Korean fingerplays and songs to use as breaks between books but there are some CDs available.  Try “San Toki (Mountain Bunny)” on Blue Clouds by Elizabeth Mitchell as this is a traditional song known by most Korean children. Finally put on a recording of “Gangnam Style” and let everyone dance their way out of storytime!