Many children are celebrating Halloween today with costumes and spider rings, candy apples and candy corn. MAYBE you even have a few families visiting your library today, and of course they might be looking for some spooky stories to share. But what if your Halloween shelves are bare? Never fear! Here are thirteen slightly scary titles that just might be hiding in your stacks…

Beware of the Frog by William Bee (Candlewick, 2008). Goblins, trolls, and ogres have nothing on this frog.

The Book That Eats People by John Perry, illustrated by Mark Fearer (Tricycle Press, 2009). Be careful around this book. You’ve been warned.

Creepy Carrots by Aaron Reynolds, illustrated by Peter Brown (Simon & Schuster, 2012). The combination of humor and horror in this picture book makes it a surefire winner. 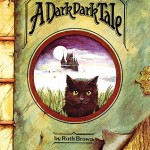 A Dark, Dark Tale by Ruth Brown (Red Fox, 1981). The dark pictures and grim atmosphere make for a chilling read.

Frank Was a Monster Who Wanted to Dance by Keith Graves (Chronicle Books, 1999). Frank just wants to boogie on the stage, but soon he literally starts to fall apart! This one has a dose of gross, perfect for kids who like their stories a little icky. 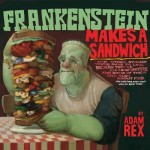 Frankenstein Makes a Sandwich by Adam Rex (Harcourt, 2006). Might this collection of hilariously creepy poems be hiding back in your 811’s? 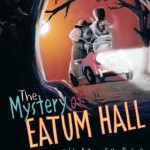 The Mystery of Eatum Hall by John Kelly and Cathy Tincknell (Candlewick, 2004). Mr. and Mrs. Pork-Fowler are delighted to be invited to the lovely Eatum Hall, but when they get there the reader will realize that things aren’t quite right… 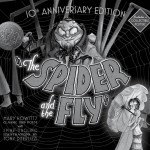 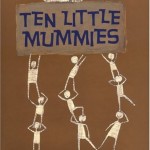 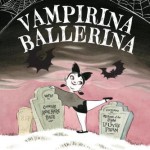 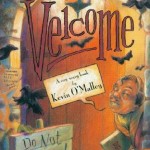 Velcome by Kevin O’Malley (Walker Children’s, 1999). This collection of short, slightly scary (and funny) stories is a guaranteed crowd-pleaser. 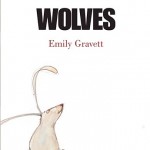 Wolves by Emily Gravett (Simon & Schuster, 2006). The ending of this book definitely ups the creep factor. 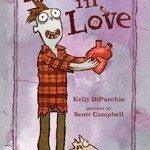 Zombie in Love by Kelly DiPucchio, illustrated by Scott Campbell (Atheneum, 2011). All this zombie wants to do is to find true love. Is that so much to ask?

THANK YOU to all my Twitter friends who gave me suggestions for this list! What other spooky, monstrous books are still hiding on your shelves?