Many libraries have taken advantage of hosting teen advisory groups at their libraries, but what about the children’s library? Tween patrons offer remarkable insight into making your library the place to be. Many of them are also encouraged by becoming active participants within their community. With the recent push among libraries to increase appeal to tweens, why not implement a Kids Advisory Board for this upcoming school year?

Upon moving into our new children’s space in 2009, we decided to recruit a number of savvy young superusers to help establish a tween-friendly environment. We came to the conclusion that the best way to achieve this goal would be to set up a Kids Advisory Board (KAB). The target age group for KAB was 9 to 12, and we made it a priority to recruit up to twelve students from each of the local schools. Since KAB wasn’t going to be a book discussion group, there was also a concerted effort to ask members who were not voracious readers, but who did use the library in other ways. Broadening the scope of what we deemed a superuser allowed us to better reach out and serve a variety of kids. 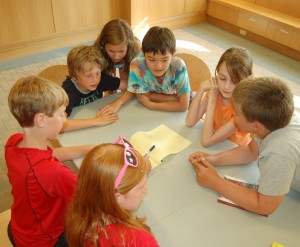 In the first KAB meeting the participants were asked for their input in setting up the group guidelines. Depending on the library, the librarian facilitating may want to make these structural decisions ahead of time, such as how frequently the group will meet or whether officers will be appointed.
Our members voted on having monthly meetings, and that there would be no officers elected for the first year. The host librarian was given the responsibility of emailing agenda items and notes for each meeting. In recent years as the group has gone more virtual, the meetings have lessened and communication is accomplished via email. Some advisory groups might also choose to create a wiki, blog, or Google Docs account for more efficient communication. Our library has also discussed setting up a KAB Tumblr account this upcoming September. 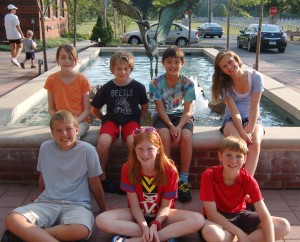 At each KAB meeting the group is given an agenda which includes updates on ongoing discussions and future projects. We always open with a time of socializing and pizza, which is a perfect opportunity to find out what’s going on at school, and what books, music, and movies the kids are excited about. When it comes time to focus there are usually between two to three topics up for discussion. Agenda items may include collection assistance with ordering Wii games, program ideas, or special projects like choosing furniture for the children’s library. The meeting traditionally ends with the distribution of ARCs, advanced readers copies, to KAB members who write reviews for the library’s website. This has been a perk that the kids look forward to each month. 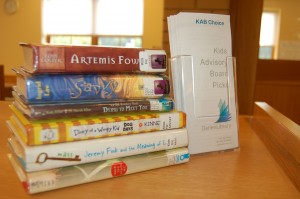 Over the past three years the Kids Advisory Board has been a huge asset to the library and has greatly influenced our service to the kids in the community. The group has planned and executed programs including a Harry Potter marathon and a winter craft fair. Their assistance is also greatly appreciated when it comes time to plan Summer Reading. Since we do not participate in the national program, KAB has offered guidance in developing programs, choosing prizes, and picking authors for the grand finale. It has also been an annual tradition to release the KAB Top Ten booklist for our community of avid readers.

KAB was also instrumental in the relocation of a key feature in our children’s library. The group vocalized that the Microsoft Surface was attracting toddlers and preschoolers to the area of the room designated for older kids. After discussing this with the library’s administration, the table was moved, allowing for tweens to take ownership of certain spaces within the library. As a result, KAB was encouraged to help the staff pick out tween-friendly furniture for the vacant space.

Giving Them a Voice

One of the greatest outcomes in developing this program has been observing how these young patrons feel empowered to share their thoughts and opinions. Their commitment to the group and the library far surpasses our initial expectations. Not only do the kids want to meet twice a month, but many of them volunteer their time during the week in other capacities from shelf-reading to hosting our Friday afternoon gaming program. KAB has also allowed the children’s staff to build stronger relationships with the kids in the town, while also gaining valuable feedback on current programs and initiatives. If you are seeking to further connect with your patrons, consider the possibility of a kids advisory board at your library. If anyone else has expanded their advisory groups to the children’s library as well, please feel free to share your projects and experiences in the comments section!

Our guest blogger today is Claire Moore. Claire is the Assistant Head of Children’s Services at the Darien Library in Darien, CT. Claire can be reached at Cmoore@darienlibrary.org.