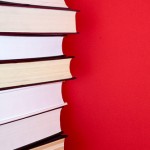 As the fiscal year winds down, many librarians are either spent out for their materials budget, or getting pretty darn close.  It’s a fine line to walk between not overspending (and thus appearing fiscally irresponsible) but not underspending (and thereby failing to show that our libraries deserve the funds.)  One sneaky little way to help manage that delicate balance is by creating wishlist carts throughout the year.

Most library vendors websites allow you to create carts (or lists) that can be modified and saved.  At the beginning of each fiscal year (for many libraries that begins July 1st), set up a few open wishlist carts.  Then, throughout the year, add non-essential items into those wishlist carts.

Some of the types of books I’ve thrown into my own wishlist carts include new chapter book or graphic novel series, additional copies of favorites titles, expensive non-fiction sets, oversized art books, and reissues of classics.  It’s also a great place to record all those brand new titles you’d love to have, but aren’t bread-and-butter purchases for your collection.

By the end of the fiscal year, you will have several carts ready to go.  If you need to spend a bit of money quickly, you can send out a wishlist cart or two.  On the other hand, if you’re scratching the bottom of the barrel of your book budget, you can save the carts for next year.